Pulpits, Pimps, and Progress: A Lament

There’s been a lot of focus in media on the prosperity gospel lately. A lament from a brother concerned about church perspectives.

The pulpit. A sacred space. The preacher’s domain.

I am a young, Black, Christian male seminary graduate—a dangerous thing to say these days. The evolution of the African American pastor has caused many black churches sit in two different camps—prosperity or social justice. There’s no in-between. The comments I get from others about my seminary education help buttress the point. So, when are you going to start your church or become a megachurch pastor? What do you think about rising unemployment rates or our education system? Two camps. Same ethnicity. Both pointing the fingers. The prosperity camp criticizing social justice adherents for being stuck in the past. The social justice camp denouncing the prosperity camp, making claims they are preaching “another gospel.” And here I am. Stuck in the middle. Between pulpits, pimps, and progress.

The pulpit has always been sacred space for the African American community. I recount days as a young boy being admonished for using the pulpit as a shortcut were I running late for my Sunday School class. Son, don’t ever do that again. Walk around. That’s holy ground. The pulpit was reserved for the pastor. A sacred space for someone who recognized the sacred duty. Like Moses’ encounter at the burning bush, a preacher was to recognize they were standing on holy ground. As God’s mouthpiece, the preacher would deliver a message that was to deliver the people of God from bondage and sin. Recognizing this, the preacher’s accompanying humility-laden approach to sermonizing would cause others to grow deeper in their faith. As John Wesley puts it, the preacher’s duty was to “catch on fire” so “others will love to come and watch you burn.”

Have we doused the fire in the Black church? Have we grabbed our extinguishers labeled “prosperity,” “tradition,” and “justice,” and forgotten about the Gospel? Do we just run across the pulpit as a shortcut to our next destination? Have preachers forgotten about that sacred space? I don’t believe we have. If we know anything about fires, it’s that they can start back up again, even if they appear to be out. It only takes a spark. There are so many faithful men and women of God today who are faithful to this sacred space and duty. I am confident that God continues to preserve a remnant who somberly and reverently approach the task. But culture doesn’t see or recognize that remnant. Instead, we’re constantly inundated with a few different caricatures of ministry in the Black church.

[Tweet “Have we moved toward “prosperity,” “tradition,” and “justice,” and forgotten the Gospel?”]

By now, we’ve all seen the promo videos (and, for some, at least the first episode). We’ve covered it on Urban Faith. Preachers of L.A., Oxygen’s new reality show, has been a hot topic over the past several weeks. And rightfully so. Rarely does the general public get a glimpse into the everyday life of preachers. So producers for the show decided to gather a group of the most prominent preachers in Southern California and film their lives. All the branding and marketing surrounding the project make a point to detail their lavish lifestyles. The pastors involved have it all—cars, entourages, and homes that rival celebrity dwellings—which has led many Christians to have a candid discussion of the prosperity gospel. I ran across a website years ago that put a lot of time and effort into “outing” pastors who proclaimed the prosperity gospel. The site was exasperatingly set on making sure people knew the prosperity gospel wasn’t the Gospel. The author went as far as calling the pastors “Pulpit Pimps,” including photoshopped images of pastors in mink coats and riding in Cadillacs. I hear it all the time, too. That’s why I don’t go to church. Too many preachers are corrupt. But then I turn around and others are measuring my success in ministry by whether or not I aspire to pastor a megachurch. I’ve been getting Duboisian double consciousness from some in the Black community when it comes to prosperity and the Gospel. Here’s the reality. About 90% of churches today have 200 or fewer members. Of the top ten megachurch pastors in the United States—as far as attendance goes—only one of them is African American. Since large church pastors are on television and prominently featured in media, many think that’s what the church experience should reflect. In their eyes, Jesus would have failed miserably as a pastor (He had only 12—or 11 if you exclude Judas—faithful “members” of His ragtag band). People, I beg you, please stop creating boxes for leaders to fit nicely into. Notwithstanding the fact that it’s unbiblical, there’s no reason a small church pastor in a small town should emulate the lavish lifestyle of a larger church pastor. It’s an affront to the very Gospel we proclaim. There’s only one model for ministry we should imitate. And for Jesus, smaller was better.

[Tweet “There’s only one model for ministry we should imitate. And for Jesus, smaller was better.”]

I love the African American community. There’s so much diversity present, even in our own culture. Baby Boomers are trying to get Generation Y’ers and Millennials to understand the struggle. Generation Y’ers and Millennials are trying to get Baby Boomers to understand that the struggle has morphed. And it plays out on Sunday mornings every week in many congregations. Some congregations are “yet holding on” to how things have been done. Trying to engage a younger generation with the same methods. Or even worse, using old methods on newer platforms. Just because a church has a Facebook page doesn’t mean they are appropriately engaging a younger demographic. How can these churches properly do so? Repent. Recognize. Reflect. Repent of condescending and supercilious behavior. This applies to both the older and younger generations. Recognize the struggle has morphed. If older saints continue to couch the struggle in terms of water fountains and sit-ins, they may just lose the younger generation. Because most younger people are tired of singing “We Shall Overcome” because they feel like “We Did Overcome.” It’s just a matter of recalibration. There’s a new Jim Crow and it plays out in the prison system—where a disproportionate number of African Americans are currently incarcerated. Finally, churches can reflect on ways the African American church can effect real social change without honoring it over and above the Gospel.

I believe there is a third way. A way that recaptures the heart of the Gospel and can help fan the flame some have tried to extinguish by making other stuff the main thing. That’s one thing I always appreciate about the early church. Especially when it comes to Paul’s writings and letters. The Gospel was always center. All other church-related matters submitted to the supremacy of the Gospel. This removes the man-glory of the prosperity gospel and replaces it with God-centered preaching that says we were created for His glory. This removes the racist-worn stains of bitterness and hatred and moves us toward reconciliation. The Gospel bridges the generational gap and finds us all at the foot of the Cross. That’s the third way. Not every pastor wants to be famous. There are those who want to make Jesus’ name famous. Not every pastor waters down the Gospel for the sake of political affiliation. There are those who care more deeply about people’s souls than what they check on a ballot. And this third way, this Gospel way, has burned incessantly for centuries. And although I lament, I’m encouraged by the grace-fueled flame flickering in the darkness. And I echo John’s words in Revelation: Come, Lord Jesus.

[Tweet “Not every pastor wants to be famous. There are those who want to make Jesus’ name famous.”] 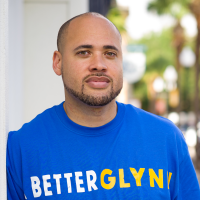 7 thoughts on “Pulpits, Pimps, and Progress: A Lament”