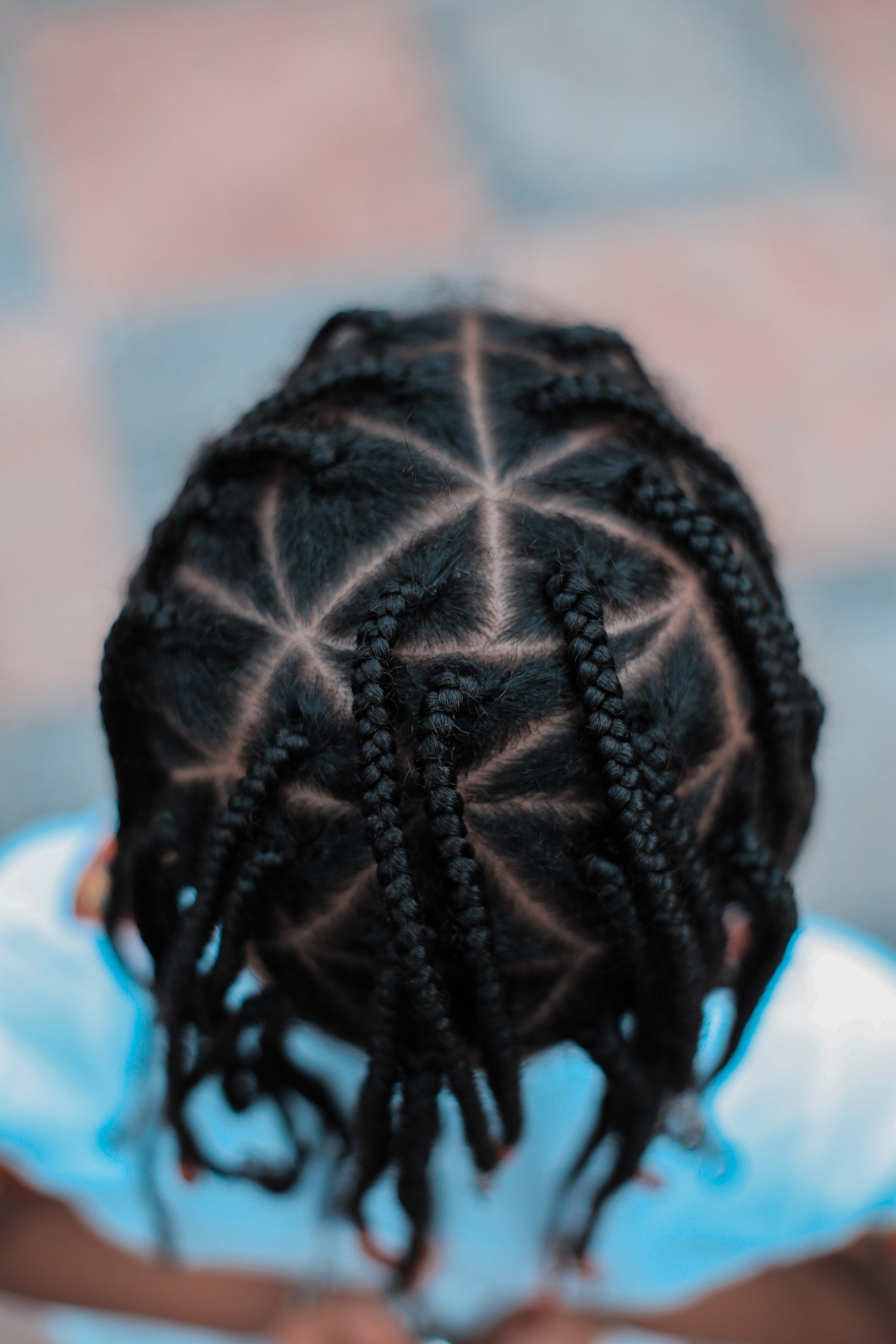 Racism is a major burden that weighs heavily on the hearts and minds of many who parent Black children. Dr. Beverly Daniel Tatum describes racism as “a system of advantage based on race.” From her very inception, America was structured so that White people (especially White men) would be granted power and privilege based on their race. Systemic racism is so ingrained in American society that many White people have terrorized, tortured, and murdered Black people with impunity. The lynching of Emmett Till in 1955 is an indelible example of the brutalization of Black bodies.

To be sure, systemic racism is a deadly virus that has infected every major area of American life. Systemic racism in law enforcement is no exception. In 2020, the police murders of George Floyd and Breonna Taylor helped ignite another spark in the global movement against racism in policing. This movement is the culmination of a long history of police brutality against Black people.

Now, more than ever, particular attention is being given to “the talk” parents must have with their Black children about how to survive their interactions with law enforcement. Preparing oneself to have such a discussion with a child can be mentally and emotionally draining. My son recently turned nine and the times demand I have the talk with him soon.

The anticipation has brought back memories of when my parents had “the talk” with me, shortly after I obtained my license at the age of 16. They sat me down and told me, “As a young Black man, you must always be on your Ps and Qs while driving.” They meant I must be on my “best behavior,” especially when driving in a white neighborhood. I would soon knowingly experience racial profiling while driving, for the first time.

I was driving to a friend’s party in Bloomfield Hills, Michigan, an exclusive suburb of my hometown, Detroit. I was pulled over by a police officer. He had me get out of the car while he searched it. Seeing the distressed look on my face, he said, “Don’t worry, we’re not allowed to screw you people around out here.” That statement offered me no comfort. I had nothing inappropriate in the car and knew exactly why I was pulled over. Since that day, my anxiety goes up anytime a police car pulls behind me.

Significantly, both the American Academy of Pediatrics (AAP) and the American Medical Association (AMA) have acknowledged “racism is a public health issue.” I believe this uniquely impacts Black parents.

Here are some areas where parents of Black children can focus to build personal resilience:

Parents of Black children must be aware of their own experiences and emotional triggers. Many parents report they have been subjected to racial profiling or mistreatment based on their race. Some, in fact, have lingering mental health problems as a result, including symptoms of Post-Traumatic Stress Disorder and Major Depressive Disorder which impair their daily functioning.

When these issues are left unaddressed or unresolved, one’s efforts to prepare his or her child for future interactions with law enforcement will suffer. Repression of these issues can lead the parent into self-medicating with alcohol, illicit drugs, food, sex, shopping, and the like. Self-medicating behaviors can be so all-consuming that the parent becomes emotionally detached from the child and incapable of true intimacy.

Parents who have unresolved issues around racial trauma often refuse to confront them, having convinced themselves “everything’s fine.” My contention is that if parents are in denial about how racism has impacted their lives, they will likely avoid talking to their children about racism altogether. The Bible gives parents wisdom with regard to self-awareness. Romans 12:3 says, “Be honest in your evaluation of yourselves.” If parents have introspectively processed their own racial trauma, their experiences could be very instructive if shared with their children. I urge any parent struggling in this area to seek help from a culturally competent mental health professional.

Simply put, social consciousness is an awareness of issues in society. The Bible mentioned a group of men who were socially conscious. The times in which they lived were full of great social change, as David was being made King of Israel. 1 Chronicles 12:32 says, “. . . from Issachar, men who understood the times and knew what Israel should do . . .” Likewise, parents of Black children must be discerning of the cultural context in which they and their children live. A parent who truly understands the times is aware that systemic racism in policing is a major issue with which many struggle. A study published in the American Journal of Public Health found that African-American men are over 3 times more likely to be killed by police compared to white men.

Aside from being aware of current disparities, it is important for concerned parents to know of the tumultuous history of policing in communities of color. The brutal form of policing called “slave patrols” and the oppressive policing of the Jim Crow Era, are parts of American history of which parents should be aware.

Fundamental aspects of self-care include getting adequate sleep, maintaining a well-balanced diet, and exercising regularly. 1 Corinthians 6:19-20 says, “Don’t you realize that your body is the temple of the Holy Spirit, who lives in you and was given to you by God? You do not belong to yourself, for God bought you with a high price. So you must honor God with your body.” Being a good steward of one’s body is especially important.

According to Dr. Maria Baratta, good self-care involves “knowing who you are and your limits.” Parents must recognize their own humanity. This involves the realization that all people experience pain of some kind. Even Jesus, being both God and Man, experienced the pain of seeing his loved ones suffer.

Knowing this enables parents to normalize the emotional pain of raising Black children. Interacting with others in similar situations can also be helpful. Another aspect of self-care is to limit media intake. For instance, I had to stop watching the replays of former Officer Derek Chauvin kneeling on George Floyd’s neck. I did this so I would not be vicariously traumatized. My reaction to this gruesome sight was so visceral, I envisioned images of myself in Floyd’s position. Refusing to watch Black death is also self-care and can relieve heartache.

Self-advocacy is the ability to speak up for oneself. Parents skilled in this area are able to express their needs and personal convictions. My mother was a fierce advocate for herself and her convictions. My sophomore year in high school, the principal directed a racist remark to me. I was preparing to sing a solo for the school choir and the principal, also a former music teacher, was providing me with vocal coaching. He stopped me as I was rehearsing and asked, “Can you avoid that lazy Black tone?”

Caught off guard at that moment, I said nothing. However, I went home and told my parents what happened. They considered the principal’s remarks to be racially offensive and my mother took me to meet with him. With a controlled yet firm demeanor, my mother told the principal that she would not tolerate racist comments. She also indicated that if he did not apologize, she would remove me from the school. That would have also involved removing my tuition, as this was a parochial school. The principal apologized and I graduated two years later. Throughout my adult life, I have attempted to engage in self-advocacy, as my mother did so effectively.

In short, social activism is one’s intentional action to bring about social or political change. Scripture supports such action. Proverbs 31:8-9 says, “Speak up for those who cannot speak for themselves; ensure justice for those being crushed. Yes, speak up for the poor and helpless, and see that they get justice.”

Parents who are effective self-advocates often go on to become social activists at a larger level. They speak truth to power. The task of raising a Black child in a racist society is quite daunting. Social activism, however, is the mechanism through which many parents have gained a heightened sense of empowerment. Interestingly, some of the strongest voices that have been raised against racist policing are those of parents whose children were killed by police.

There have always been parents who have found great solace in various forms of spiritual connectedness with God and their faith community. When I consider the history of the Black Church in America, I can’t help but think of the many people who trusted God in the midst of incredible opposition.

As a follower of Christ with three children, I believe God is sovereign—that ultimately he, not a racist authority figure, is in control. Further, I believe that God is able to bring something good out of the most tragic situations which involve the despicable sin of racism. I find lasting joy in Romans 8:28, which says, “We know that God causes everything to work together for the good of those who love God and are called according to his purpose for them.”

The six things listed here are invaluable tools in the hands of parents. Systemic racism is a weighty burden that many parents carry. There’s nothing like hearing my wife, Nannette, talk about her special concern for our son. She often says our son is “cute” to many people now, but there will come a day he will be perceived as a threat simply because he is a Black male. Recent history has clearly shown that concern for the safety of Black children doesn’t go away when they become adults. It lasts a lifetime. 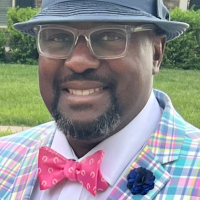 Rev. Joel A. Bowman, Sr., MSW, LCSWis a native of Detroit, MI. For the past 19 years, he has served as founding pastor of the Temple of Faith, Louisville, Kentucky. He holds a Bachelor of Social Work and Master of Social Work from Wayne State University. He is also a graduate of Moody Theological Seminary- Michigan and maintains a practice as a Licensed Clinical Social Worker/Therapist. He is a speaker, writer, and poet. Joel and his wife, Nannette, are parents of 3 children: Kayla, Katie, and Joel, Jr. You can follow him on Twitter: @JoelABowmanSr

6 thoughts on “Raising Black Children in a Racist Society”