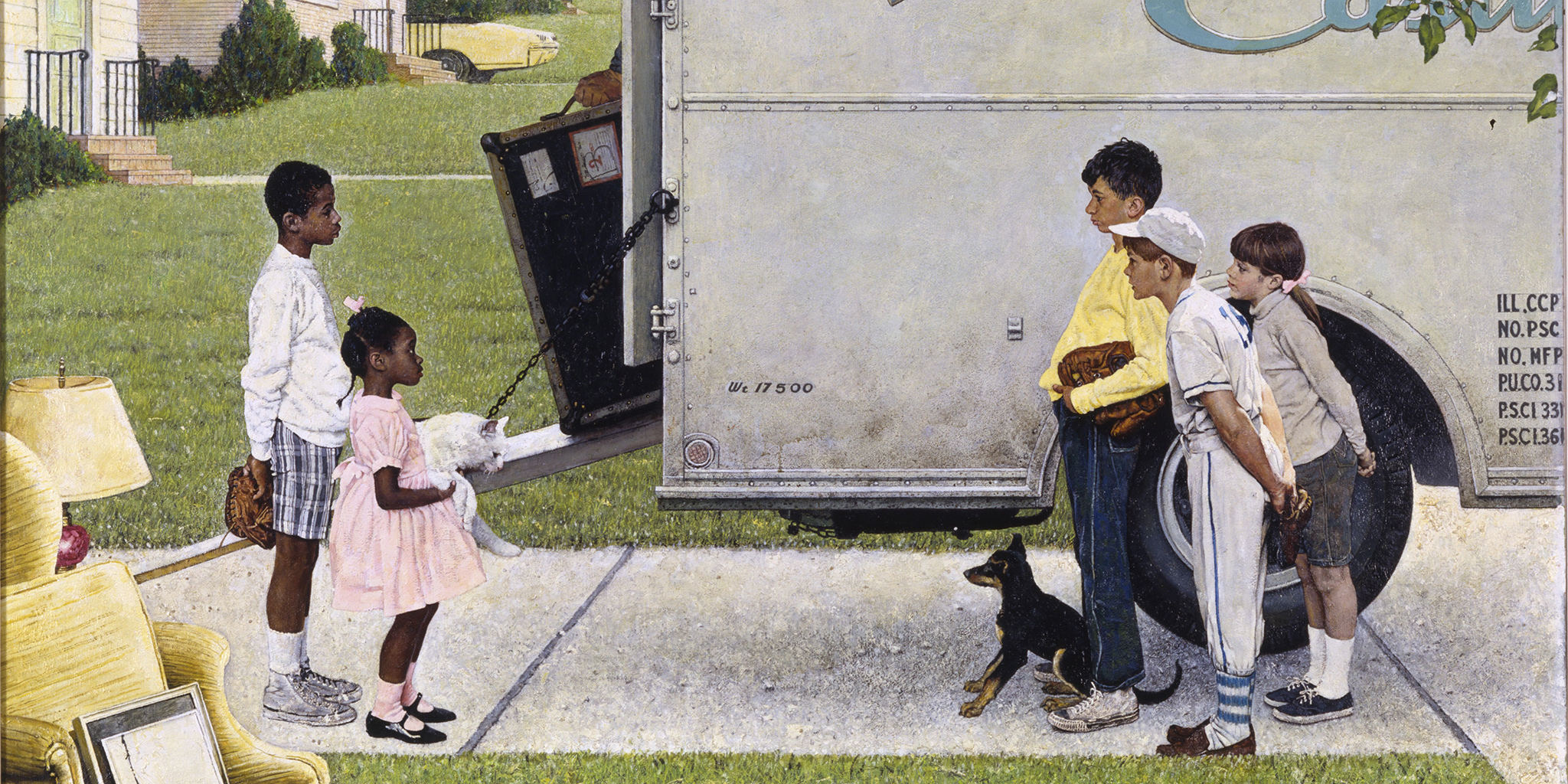 The Myth of the “Myth” of Racism

Racial tensions have been unusually intense in the U.S. since the deaths of Mike Brown and Eric Garner, but the hostility has been exacerbated still more in the aftermath of grand jury decisions and additional racially motivated events. Most recently, members of the white fraternity Sigma Alpha Epsilon (SAE) at Oklahoma University brazenly sang about killing “niggers” on a “lynching tree”. However, in spite of these explicit racial tensions and strong racist rhetoric, some in the white, and usually conservative, media and culture at large continue to deny that racism exists. Even if it is not articulated this way, it seems that many in this community believe that racism is a myth.

Those who hold this view (regardless of their race) support their premise with at least some of the following arguments. They first assert that many black people hold positions of power. Secondly, they assert that our country has come so far since the days of slavery and the time of Jim Crow laws, pointing out that we currently have a black president. They often state that the black family is broken and that blacks are dropping out of high school at higher rates than whites. These assertions have some truth to them, but they still don’t prove that racism is a myth, because they are based upon at least two faulty, but related, presuppositions: namely, that race exclusively refers to skin color and that racism largely refers to the black versus white divide.

Of course, I agree that blacks and whites have an unusual and inextricably connected history in this country because of slavery and Jim Crow laws. And I agree that race expresses a unique social construct in American culture and religion. However, both race and racism existed long before there was a black versus white divide in the U.S. Therefore, I believe that racism is a strong and complicated reality, and I can highlight biblical texts to support this belief. First, I’ll clarify some definitions:

A modern definition of “race” can be found in Anthony Bradley’s Aliens in the Promised Land. He notes that “race” refers to a family of human beings divided into a number of biologically distinct groups, so that the color of one’s skin, one’s hair type, one’s facial features, and other biological particularities determine one’s racial identity.

Bradley also provides a modern definition of “ethnicity”. He notes that “ethnicity” refers to someone who is part of an ethnic group that shares a common language, a common set of beliefs, or other cultural characteristics that don’t include physical considerations.

We can define “culture” to suggest that the term refers to the social heritage (e.g. Thanksgiving Holiday in the U.S.) of a person or group.

Ethno-Racial Identity in the Bible

The biblical authors do not appear to speak of racial identity with the same precision as modern thinkers. Rather, the ethno-racial category of otherness existed in the biblical world, and this category, at least in certain places in the Bible, had nothing to do with skin color. Rather, ethnic identity included the category of race and this ethno-racial category speaks to any kind of otherness, which distinguished one group’s identity from another group’s identity, in many biblical texts. Based on evidence in many texts, the following characteristics determined one’s ethno-racial identity: dialect (e.g. Greek, Hebrew, etc.), theological ideas (e.g. monotheism, poly-theism, etc.), political ideas (e.g. monotheistic theocracy, polytheistic theocracy, etc.), social/geographical boundaries (Athenian, Galatian, Roman, Egyptian, Pontus, etc.), and behavioral patterns based on these things.

Some Examples of Ethno-Racial (i.e. Otherness) Identity in the Bible[1]

In Deuteronomy 7:1-24, Moses constructs Israel’s ethno-racial identity based on geographical, theological, and ethical boundaries. These identity markers distinguish Israel’s identity from the identities of the other nations. In the Greek translation of the Old Testament, the translators use the word genos to classify non-human parts of creation as a group/race/class/kind and to classify human beings as a different race/group/class/kind. Animals are called a race/kind/class/group separate from other aspects of creation (from the Greek translation of Genesis 1:11-25). God made male and female after his image into a human race/kind/group/class (see the English translation of Genesis 1:26-27) uniquely distinct from other races/kinds/groups/classes of God’s creation. Although there were many different kinds/races/groups/classes of human beings prior to Genesis 11:6 (e.g. men, women, children, young old, poor, wealthy, etc.), Genesis 11:6 identifies humanity as one race/group/kind/class of people (see the Greek translation of Genesis 11:6).

In the New Testament, Luke identifies Aquila as a Jew from the race/kind/class/group of Pontus (geographical identity) in Acts 18:2. Both Jew and Pontus are ethno-racial categories that focus on different aspects of Aquila’s ethno-racial identity. In a similar way, Luke identifies Apollos as a Jew from the race/kind/group/class of Alexandria (Acts 18:24). From Luke’s perspective, Apollos’ race was Jewish and Alexandrian. To make matters more complicated, Luke mentions other ethno-racial features that both Aquila and Apollos either shared or that distinguished them from one another (Christian, human being, male, tentmaker [Aquila], rhetorician [Apollos], etc. [Acts 18:1-28]). Judaism (a movement connected to the Law of Moses) is also called a race/kind/class/group (Galatians 1:14). Christians are called a chosen race/kind/group/class in 1 Peter 2:9. Most shockingly, Peter applies to Christians the same ethno-racial identity language that Moses applies to Israel in the Old Testament (compare Exodus 19:5-6 with 1 Peter 2:9).

Thus, the category of race in the Bible is much more elastic than it is today, and the category of race is constructed in the Bible in different ways in comparison to our modern social construct in the U.S. This evidence suggests that race was socially constructed at least in certain places in the Bible apart from any identification of skin color because humanity is identified as one race (Greek Translation of Genesis 11:6) and because racial identity is constructed in the New Testament apart from references to complexion. In short, the Greek term ethnos overlaps much with genos. Both terms function as ethno-racial categories (compare, for example, the above texts with Exodus 1:9). However, the plural term “Gentiles” (ethnikoi [Matthew 6:7], ethnē [Matthew 28:19]) always refers to non-Jewish people and/or non-Jewish territories in the New Testament—hence, the translation “Gentiles” or “nations” in so many English translations. Unlike what many have argued, ethnē does not refer specifically to people groups, but in general to non-Jewish groups and/or non-Jewish territories (see Matthew 6:32; 12:21; Acts 10:45; 11:1; etc.).

Now, we are able to consider the myth of the “myth” of racism. If ethno-racial identity is not based on skin color at least in certain parts of the Bible, and yet the Bible speaks of ethno-racial identity, then it is possible for racism to exist without reference to divisions over skin color. Sin entered creation in Genesis 3 and disrupted the harmony that existed within God’s previously good creation between God and his creation (Genesis 1-2). Cain’s act of murder in Genesis 4 is the first recorded racist act in the bible because his murder of Abel demonstrates that sin introduced hostility. If humanity was a race/kind/group/class of people prior to the time when certain groups began to classify other groups based on perceived or shared biological features, then when one human being murders another human being, the murderer commits an act of racism.

But Cain’s racism existed in his heart before he murdered his brother because of the transgression of Adam and Eve (Genesis 3). This is one reason that God states in Genesis 3:15 that there will be enmity between the seed of the woman and the seed of the serpent. In an immediate sense in the narrative of Genesis 3-4, Eve’s seed (Abel and Cain) and the Serpent’s seed (Cain) were at enmity with each other. Yet Cain’s racism/hostility toward his brother began in his heart and revealed itself by means of murder. The internal racism of the heart is one reason God exhorts Cain to master his sin, since it is crouching at his door and eager to seize him (English translation of Genesis 4:6-7).

Secondly, some racists overtly reveal their racism more than others in unique contextualized and socially constructed ways. Some have owned and exploited slaves, some have worn white sheets, some have lynched blacks, some call blacks “niggers,” some call whites “honkies,” some call bi-racial or multi-racial children half-breeds, some don’t associate with the poor, some don’t associate with the rich, while other racists might reveal their racism in more subtle and sophisticated ways. But we all were racists at conception, and our racism starts in our hearts and shows itself by different racist desires expressed internally and evidenced by external deeds.

Thirdly, laws can help curb the evil of racism, but they cannot change racist hearts, because the problem is not fundamentally a social or legal problem but a spiritual problem that begins in our souls.

Lastly, the idea that racism is a myth is a false, and yet dangerous, worldview that Christians should fight relentlessly to demythologize with the supernatural weapon of the Gospel.

4 thoughts on “The Myth of the “Myth” of Racism”