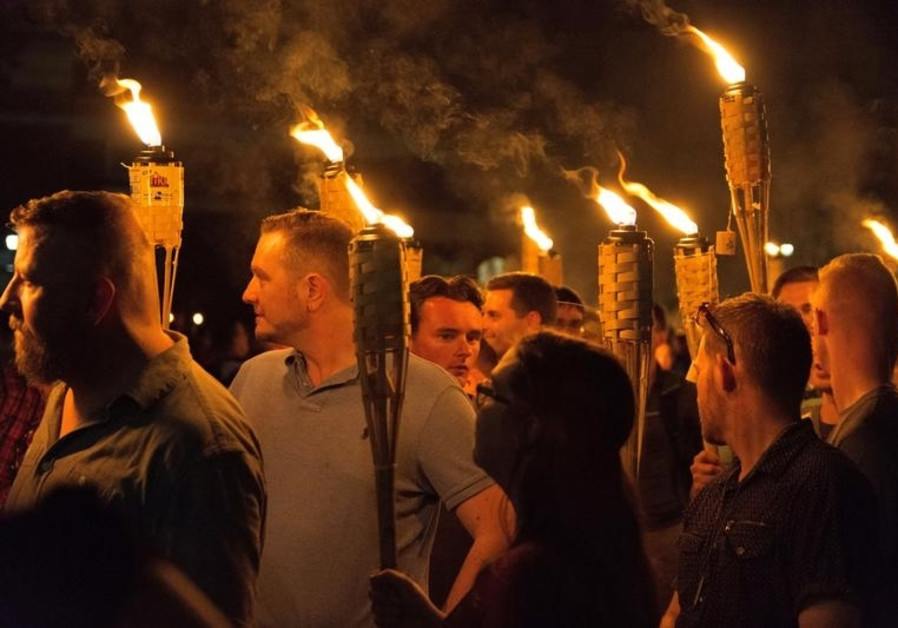 On Friday, white supremacists gathered in Charlottesville in a rally full of racist iconography. They marched at night, carried torches, and chanted “We will not be replaced!” But deplorable incidents like this rally are only the most visible displays of the white supremacy that are allowed to flourish in mundane ways all across the country.

It is not the episodic marches and rallies that define white supremacy, it is the ordinary, dull ways that society props up the racial caste system that lead to the most egregious offenses. American citizens, particularly white people, have to realize how they unintentionally allow Charlottesville and white supremacy to happen.

1. Elect a president who plays on racist, nationalistic, xenophobic tropes to enflame a base that feels like they are being “replaced” by immigrants and minorities—a man who the KKK and white nationalist groups love to endorse. Allow said president to systematically assemble a cabinet of people who endorse his bigotry and can enact it in word and deed. Meanwhile, ignore the vigorous warnings of the marginalized people his leadership will most adversely affect.

2. Never treat racism as an actual sin in the church. It’s a just a social issue and shouldn’t be discussed in the pulpit or the pews. Therefore Christians are never discipled in how to think about race in a biblical way, much less oppose it.

3. Fight tooth and nail to preserve Confederate monuments and flags, venerate Confederate people and events—the cultural artifacts that celebrate white supremacy. Do all this while refusing to acknowledge how the preservation of such symbols perpetuate a racial caste system and a longing among some citizens for the days when America was “great” (i.e. when women, “coloreds” and the rest knew their place, and white men were more dominant).

4. Show private support for people of color but never risk anything by publicly proclaiming solidarity with the marginalized and letting the racists around you know that you won’t tolerate their trash. Have the backs of minorities…waaaay back.

5. Put almost all the burden for rectifying racism on minorities by telling them, “We want you to come to *our* spaces”, by asking them questions you could easily find the answers to on your own (Google it!), or by telling them in myriad ways that they need to change to fit the dominant culture and leave their own culture at the door.

6. When a major racial incident happens at your church, job, or other institution, downplay its seriousness, make no substantive changes, and wait for the controversy to cool down so you can go back to business as usual.

7. Pursue diversity without pursuing equity/sharing power in your church, job, or organization. Then pat yourself on the back when your student body, congregation, or employee base shows any diversity whatsoever, never mind that their presence makes no real difference. The minorities in your organization are forced to assimilate instead of bringing their whole selves and creating true diversity.

8. When another racist incident makes national headlines, make a big show of supporting people of color on social media and then continue voting for the same candidates with the same racially atavistic policy platforms, continue attending the same churches that endorse white supremacy through acts of commission or omission, keep allowing family members, friends, and acquaintances who hold racist ideas without confronting them, keep silencing people of color when they level charges of racism, and basically change absolutely nothing once the furor dies down.

9. Believe we’re “post-racial.” Pretend the Civil Rights movement solved all our most serious racial problems, secretly ask yourself “What more do these people want?” and convince yourself all “these people” must be exaggerating or overly sensitive.

10. Think that racism and white supremacy only negatively affect people of color and not the white people who learn to live with a lie about themselves and the world around them. Remember, white supremacy leaves everyone broken and bloody.

I could go on, but you get the point. Please don’t fall into the error of thinking that these events represent only a fringe element. I mean, they are a minority, but they are given permission by the majority to practice their hatred. Christians, particularly white Christians, must so stand against white supremacy that such views could never be publicly proclaimed.
Further, to the extent that they are held private, Christians must confront this sin, no matter how costly. Only then will we begin to crack the shell of white supremacy that covers the American church.
Tagged racism, white supremacy, Charlottesville, rally