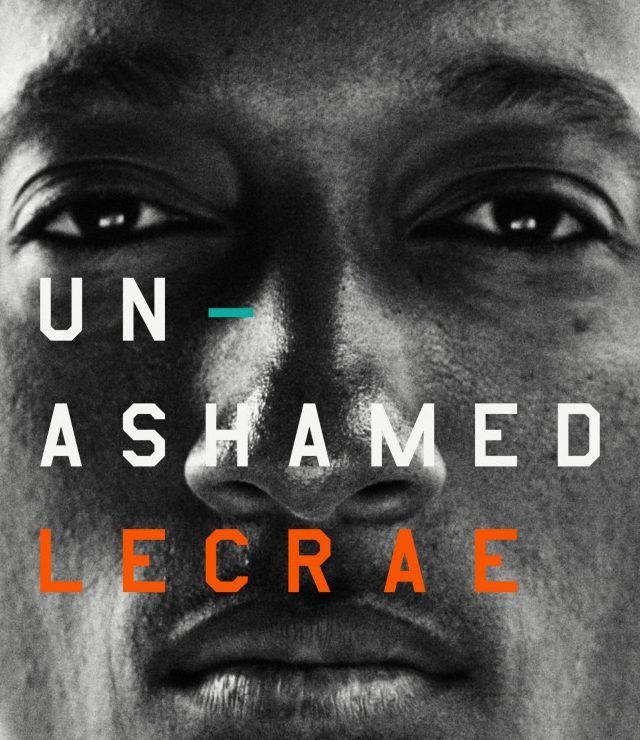 Our culture is fascinated by Christians who achieve mainstream recognition. It happens in sports with people like Gabby Douglas and Jeremy Lin. It happens in politics when believers run for office. But nowhere is Christianity in pop-culture more fascinating than in the realm of hip hop.

Lecrae Moore (or just Lecrae) has an interesting and controversial story as a “Christian rapper” turned “rapper who is Christian.” After getting his start writing avowedly Christians lyrics, Lecrae made an abrupt pivot in artistic direction with his 2012 mixtape, Church Clothes, in which he intentionally sought to widen his appeal to non-Christian audiences. Some longtime fans who knew him as an “unashamed” Christian rapper felt alternately baffled or betrayed. At the same time, he didn’t quite fit in with secular hip hop artists who didn’t know what to do with a guy who gained a following doing concerts for church groups and rapping songs like “Jesus Muzik.”

In Unashamed, Lecrae does a collabo with popular blogger, Jonathan Merritt, to pen a book that is part autobiography and part commentary on Christian cultural engagement. The partnership works because the 199 pages of prose glide with the fluidity of a seasoned rapper and the clarity of an expert writer.

Living as an Anomaly

Fans of Lecrae will appreciate this book for offering a coherent and chronological summary of his life. Listening to any one of his multiple albums makes it clear that Lecrae is a man acquainted with sorrows. In fact, he courageously talks about taboo topics like the sexual abuse he survived as a child and the verbal and physical abuse he endured by a stepfather. Other actions, like his suicide attempt or the abortion he encouraged a girlfriend to get are almost startling admissions to a Christian audience.

In the book, Lecrae identifies the prevailing theme of his life: always feeling like an outsider. In the introduction he describes how this feeling has lingered even after ascending to the upper echelons of the music industry. “Being an outspoken Christian in the music industry means always feeling out of place…You fit in but you don’t really fit in.” This is a feeling he had even before his days as a rapper.

He talks openly about the chasm left by an absent father. His mother fled his abusive father while Lecrae was still an infant and he never had a stable male role model growing up. Living in a single-parent home is partly what led him to hip hop. “Hip-hop rushed in like water to fill the cracks left by my father’s absence.” As all children do, Lecrae looked for examples of people he wanted to emulate. He found surrogates in uncles and other older males, but rhyming made him feel whole.

The intimacy of Lecrae’s story is part of its power. The honesty and tenderness with which he describes his life is disarming. Empathy and admiration emerge for this young, black man who survived more trauma by his early twenties than many experience in their whole lives. More profoundly, Lecrae’s struggles give voice to the droves of men and women who silently simmer in their suffering. The shame of sin is difficult to admit for anyone, but when a person like Lecrae, who has every trapping of worldly success, shares his imperfections people tend to surrender their own pretensions and dispel the illusion of perfection.

Engaging the Culture with Hip Hop

Although much of the content centers on Lecrae’s particular and painful story, it’s lasting value is how he explains his approach to making art. In his early days as a Christian, Lecrae describes himself as chasing approval from God and fans. “Somehow, inserting explicit theology into my music made me feel like God was more proud of my songs. And I was too.” Acting on this philosophy, Lecrae helped catalyze the “Unashamed Movement” (cf. Romans 1:16) and co-founded the Reach Records label to make bold and explicit proclamation of the gospel using hip hop.

The problem Lecrae started to notice is that his view of Christianity was incomplete. “I knew what Christianity said about conversion but not what it taught about culture.” Then he read two books, Nancy Pearcey’s Total Truth: Liberating Christianity from Its Cultural Captivity and Culture Making: Recovering Our Creative Calling by Andy Crouch. Those books along with his growing desire to reach a broader, more secular audience led him to revise his approach to music-making.

The result of Lecrae’s journey toward intentionally engaging the culture was a string of albums that exhibited lyrical mastery, but were less overtly Christian in content. Lecrae explains, “Every song I write doesn’t have to have the Gospel spelled out or quote Scripture so that people will know I love Jesus. My goal is just to use my gifts to produce great art that tells the truth about the world. If I see the world through a biblical lens, the music will naturally paint a picture that serves people and honors God.” Lecrae sees himself as anomaly both as a Christian and a rapper. He is a believer, but he doesn’t want to be stuffed into the “Christian rapper” box. He is a rapper but he doesn’t want to parrot the misogyny and nihilism of mainstream hip hop.

Lecrae’s approach to art and culture compels Christians to grapple with their own calling. How do Christians engage culture but maintain gospel boldness? What are the risks of wading into the secular world with one’s vocation or talents? Are Christians missing valuable opportunities to reach a broader group of people because of adamant insistence on using certain jargon?

Believers can over-emphasize accommodation to the point that they lose their saltiness and cease to be light in a dark world. In an effort not to be offensive or to gain a hearing among the hostile, it is tempting to retreat too far from proclaiming the truth. But the Bible makes it clear. “How then will they call on him in whom they have not believed? And how are they to believe in him of whom they have never heard? And how are they to hear without someone preaching?” (Romans 10:14). There’s no getting around it—Christians have to tell people about Jesus. They have to say his name. They have to announce the good news verbally. And proclaiming Jesus is always counter-cultural.

But sometimes Christians think they are being unashamed when they are simply being obtuse. They can harp too much on boldness and portray themselves and the God they represent as insensitive and judgmental. They don’t take the time to understand a person’s context and assume their formulaic gospel presentation should work on everyone. They might even think those who reject the gospel are just dense, and never analyze their own methods.

Lecrae’s book forces readers to examine how best to declare the good news in the context of vocation. “I have become all things to all people, that by all means I might save some” (1 Corinthians 9:22) is a responsibility of all believers but it can be applied in countless ways. Christians have to live in the tension between unashamed proclamation of the gospel and savviness about how to present that truth in a way unbelievers can hear.

Unashamed will not tell readers how to be salt and light in their social and occupational location. People should, in fact, be cautious of appropriating Lecrae’s story as their own. Cultural engagement has no standard answers. But Lecrae’s book models how Christians must struggle to use their talents in a way that glorifies God.