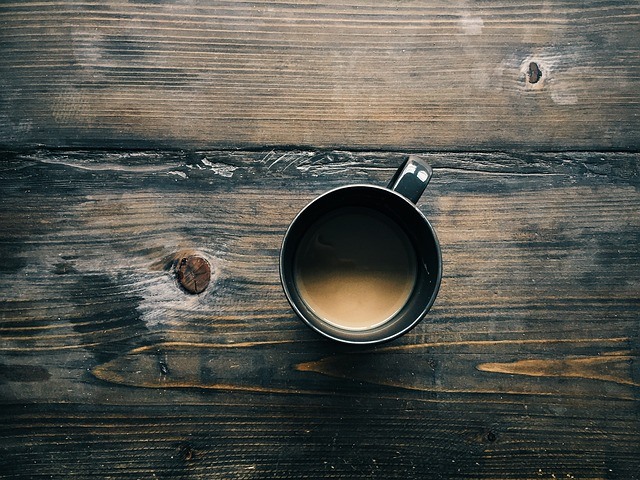 Broken Table Fellowship Between White Evangelicals and Christians of Color

Many Christians of color are stunned by the support the president-elect received from white evangelicals. They’re not only stunned, but many have expressed feelings of deception and betrayal by their white brothers and sisters (and black and brown brothers and sisters) in Christ who voted for the president-elect despite his racist and offensive rhetoric against so many communities, including communities of color.

In Gal. 2:11-14, though Paul’s context is much different from ours, he shows Christians of color the gospel way forward in the Christian community regardless of skin color: act in accordance with the gospel, strive to live in ways that unify diverse privileged and diverse marginalized brothers and sisters in Christ, and work to preserve the gospel.

Paul uses racialized speech in Galatians to communicate this, that is, speech that separates and identifies a marginalized outward group from a privileged inward group based on ethnic or racial particularities. Paul’s speech distinguishes and unifies both Christian groups as members of the privileged family of Abraham.

In Gal. 2:11-21, Paul emphasizes the divine origin of his gospel (cf. 1:1-2:21). He records the incident at Antioch to aid his argument against his opponents’ rival message that focused on the necessity of Gentile law-observance before they could become part of the privileged family of Abraham.

Paul uses racialized speech for the first time in this section in 2:12 when he confronts Peter’s hypocritical actions toward marginalized Gentiles. Before “some from James came,” Peter regularly ate with the Gentiles. But, “when they came,” he stopped because he feared “those from the circumcision.” The identities of those from James and the circumcision group are not clear. But they are likely privileged Jews since Paul identifies James (a Jew) and circumcision (the mark of Jewish identity) in 2:12.

In Acts 10:28, Peter believed that it was forbidden for a Jewish man to associate with or to have social intercourse with a non-Jew until Jesus showed him otherwise in a vision, telling him to eat unclean animals that are now clean in Christ, and until God poured out his Spirit on the Gentiles (Acts 10-11).[1] Peter’s separation from table fellowship with Gentiles in Galatians symbolized that the marginalized Gentile Christ-followers had to add a privileged Jewish way of life to their faith in Christ to be acceptable to Peter and to the other hypocritical, privileged Christ-following Jews at the table.

To state it another way, Peter wanted the Gentiles to “pass” as Jews. And, as NT scholar Brad Braxton says, “When faced with the opportunity to stand with the marginalized group and suffer with them and even for them, Peter demonstrated that he would rather take refuge in dominate ideology, which castigated the Gentiles as persons who categorically stood outside of God’s approval.”[2]

Paul again uses racialized speech when he asks Peter, “Why are you compelling the Gentiles to live a Jewish way of life” (Gal. 2:14)? Paul uses the verb anagkazō (“to compel”) to refer to intense social pressure to live a Jewish way of life. In Gal. 2:3, Paul states that the privileged Jewish pillars of the church did not compel the marginalized Greek Titus to be circumcised, “although he was a Greek.” In Gal. 6:12, Paul’s privileged Jewish opponents were compelling the marginalized Galatians to be circumcised, i.e., to assimilate within the privileged Jewish culture.

But Peter wanted to erect that wall of privilege between Jews and Gentiles because he was afraid. “Gentiles” (ethnē) in Galatians often designate a group that does not belong to or represent the people of Israel’s one God (2:8-9, 14; contra 3:8, 14). Once Paul saw Peter’s actions were not walking in a straightforward manner in the truth of the gospel and that the rest of the Jewish Christians—even Barnabas—were being led away by his hypocrisy (2:13-14), he rebuked Peter in the presence of all (=Jews and Gentiles). Paul identified with the marginalized by using both his Jewish privilege and his in-Christ privilege to rebuke Peter, to uphold the gospel, and to affirm the unity of in-Christ privileged Jews and privileged Gentiles without requiring the marginalized Gentiles to colonize to majority, privileged Jewish culture.

Paul again uses racialized speech in Gal. 2:15 and reminds Peter that Jews are Jews “by nature” (2:15), i.e. by birth. He asserts elsewhere that Gentiles are Gentiles “by nature” too (cf. Rom. 2:27). As Paul says in Romans, the Jews are privileged and have an advantage over the Gentiles because they received the oracles of God in Torah (cf. Rom. 3:1-2). Peter acted contrarily, however, when he began to disassociate from the Gentiles—a marginalized group. Paul, however, argues that the marginalized Gentiles have become the privileged in-Christ people along with the privileged Jewish in-Christ people. He also argues that the out of-Christ privileged Jews and privileged Jewish teachers in Galatia lose privilege and are now the marginalized, unless they place faith in Jesus as the Jewish Messiah and partake of the new creation.

Second, Peter in Antioch, and the privileged Jewish teachers in Galatia, endeavored to use their privileged status as Jews to colonize Christian Gentiles and to conform them into their majority Jewish culture. Similarly, there are those within majority white evangelical culture who will often extend the right hand of fellowship to black and brown marginalized people with the condition that they assimilate within and colonize to the values, expectations, dreams, politics, and ideas of the politically right and dominate white evangelical culture. In fact, in my view even the phrase multi-ethnic church has now become code language in certain majority culture evangelical circles for “we want more black and brown people to come to our sacred spaces and assimilate within and serve under majority white culture instead of staying in their black, brown, or multi-ethnic churches” to serve under minority leadership.

Third, Paul counters this way of thinking in Galatians by saying Jewish identity is natural, not something one can be colonized into or converted into or converged into, and yet Jews and Gentiles are transformed and unified in-Christ. Likewise, people of color generally understand that black and brown identity is a racialized reality, not something we can put down or take up as if by denying one’s blackness or brownness or non-whiteness (i.e. by pretending to be color blind), we will somehow reach a point where no one recognizes the color of our skin.

Yes, modern race constructions are social constructs rooted in a biological fiction. But racialized stereotypes and racialized violence in society against people of color because of their non-whiteness are realities. Just ask any person of color who has experienced racism because of her or his black or brown body.

Fourth, Peter in Antioch, and the privileged Jewish teachers in Galatia, emphasize that Gentile identity automatically excluded the marginalized Gentiles from participation in the blessing of Abraham simply because they were Gentiles. Similarly, certain people within majority culture evangelical culture(s) in the US and in the church and in the academy has a history of denigrating marginalized people of color and excluding them from the table of respectability, viewing them as having a deficit of credibility. Too often, just like Peter (but for different reasons), certain people with the evangelical culture have played the role of the hypocrite with respect to people of color by selling them out so that they might ensure and maintain social, political, economic, and racial privilege and power in both church and society.

*Portions of this paper will be published in Jarvis J. Williams, A Commentary on Galatians, New Covenant Commentary Series, eds. Michael Bird and Craig Keener (Eugene, OR: Cascade, Forthcoming 2017).