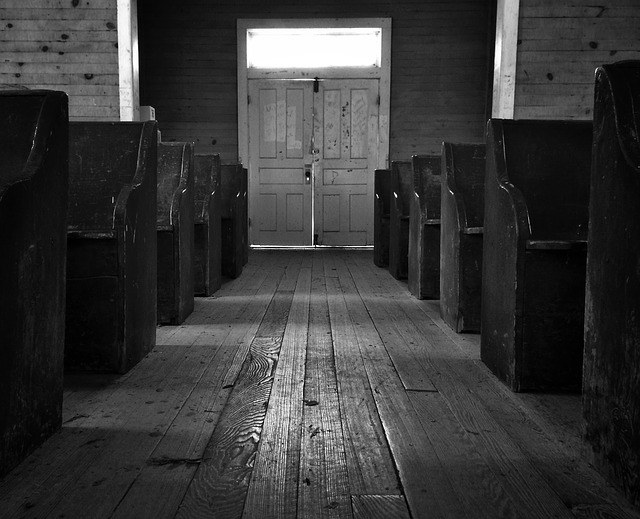 Some of my comments on an episode of Pass The Mic have invited scrutiny and strong disagreement. In general, I accept this as part of the task of racial reconciliation and a positive sign of tackling the right topics. Due to distorted interpretations, however, I do sense the need to clarify those statements and extend their application. What follows is not a refutation of specific comments aimed at me, but a further explanation of my reflections.

First, I believe in the church. I will not break fellowship with her or any of her people based on politics. Jesus Christ himself prayed for the unity of believers. “Holy Father, keep them in your name, which you have given me, that they may be one, even as we are one” (John 17:11b). Christ wants his church to be unified, so it is in the name of Christian unity that I must speak honestly.

Next, I encourage you to listen to the entire PTM episode as well as the subsequent one with Tyler and me. In each of the podcasts, we reflect on the recent election of Donald Trump as the President of the United States. Among many troubling implications of a Donald Trump presidency, is the fact that, of those who voted, 81% of white evangelicals voted for Trump. However you parse the exact definition of “evangelical”, it is clear that a large number of white believers who voted viewed this man’s leadership as acceptable.

I have heard the concerns of people in the majority, and I think they are important. No Christian had an easy decision in this election. Issues surrounding Supreme Court appointments, pro-life legislation, biblical sexual ethics, and religious freedom are real and worthy of deep deliberation. In light of the complexity of voting, especially with the 2016 presidential candidates, I do not believe anyone’s decision to vote for Trump, or Clinton, or Third Party, or to abstain altogether was sin. It is up to that person, and his or her conscience. But voting your conscience has consequences. As Christians and American citizens, we now have to contend with a Donald Trump presidency.

White evangelicals voted for him in spite of Trump saying that Mexico is sending illegal immigrants across the U.S. border who are rapists, and that a Mexican judge who was born and raised in the U.S. must be biased because he’s Mexican. They voted for a man who refused to rent apartments to people of color, who called for the death penalty of the exonerated Central Park 5, who questioned President Obama’s citizenship. They cast the ballot for a man who draws the support of the KKK and their leaders, who said that maybe a black protester should have been “roughed up”, who calls for a national stop-and-frisk policy, he lumps all black people together by saying “the blacks” or “my African American,” and the list goes on and on. As a member of one of the many groups President-elect Trump has denigrated, I can’t overlook those statements as mere rhetoric.

Words matter. Words create the context for action. Trump’s words of hate embolden people to act out their own hatred and prejudices in ways that put me and those who look like me in literal, physical danger.

A week before the election, a church with a predominantly black membership in Mississippi was burned. The arsonists spray painted the words “Vote Trump” on the building’s remains. After the election, black freshman students at the University of Pennsylvania were targets of a racist cyber attack. They received text messages that included pictures of lynching, racist slurs, and references to President-elect Donald Trump.  In Michigan, students at Royal Oak Middle School, in reference to campaign promises to build a wall along the U.S./Mexico border, started chanting “Build that wall!” during their lunch period. Trump has also appointed Steve Bannon, former chairman of Breitbart which is “platform for the alt-right” , and a North Carolina chapter of the KKK is planning a victory rally. Trump’s words and promises have and are encouraging people across the country toward blatant acts of bigotry. I must approach, therefore, a Trump presidency with the caution he has earned throughout his campaign.

If Trump’s rhetoric could stand in his campaign, will it be allowed in his presidency? If white evangelicals think it permissible for Trump to speak the way he has about minorities, will they speak up for me or my family when the same remarks are leveled at us? Would they come to our defense? Will they speak publicly and among friends to demand that Trump dignifies others in his speech and actions?

With these questions swirling in my mind after the election, I made the following comment:
—–

Beau—“How would an African American, in a predominantly white church, go to their pastor and even begin to have a discussion about the pain that they’re feeling, with the understanding that based on those statistics, that pastor may have been a Trump supporter?”

Jemar—“This is probably going to surprise a lot of white people and maybe even sound offensive to them. But here it is, just the raw honest truth. I really, this Sunday, don’t feel safe worshiping with white people. I go to a church that is predominantly white and Reformed. I am part of a denomination that is overwhelmingly white and Reformed. I know dozens and dozens and dozens of people personally who are great people individually, good relationships with them, generous, all those things. But right now I feel betrayed by the church. Not the church universal. I know that Christ is still the cornerstone. I know that in an eschatological sense, nothing will prevail against the church and this is my home. We are Christ’s bride and that hasn’t changed, certainly not because of a little thing like a presidential election.

However, let’s be real. We live in the real world. On Sunday, I have to go to a physical building with a local congregation filled with people who, just like me, are sinners. And I know for certain, that in many of the congregations I’ve been a member or worshiped in, there are folks who were overtly, outright, boldly Trump supporters who are happy right now. And I cannot emotionally bring myself to be comfortable with that and going in on Sunday morning and singing songs and praying with this group of people who seem so out of touch with my experience in America.”

I know my statement  has been shocking and even hurtful to some. Some may feel offended at the mere suggestion that I don’t feel comfortable around white Christians right now. I also am not saying that I feel physically unsafe around white Christians or churches. My comments were not a statement about anyone’s motivation or intent in voting for Trump. I am, however, highlighting the impact of white evangelical support for this man.

Right now I feel misunderstood, alienated, and anxious. If the people with whom I spend so much time and for whom I devote so much energy in the pursuit of racial reconciliation can remain ignorant or apathetic about the impact of racist, misogynistic, nationalistic, xenophobic comments, then how well do they know me? How emotionally and spiritually safe will I be around them? How might their decisions continue to put my dignity and well-being in jeopardy? What difference does my presence really make in predominantly white churches?

That so many white Christians have overlooked or simply don’t understand this reality indicates a troubling lack of understanding across racial lines. As a Christian who works daily—through blog posts, podcasts, social media, seminars, workshops, preaching, and more—to promote racial reconciliation in the church, I felt a sense of betrayal. Some of the Christians who voted for Trump are the very Christians who professed their commitment to racial reconciliation. Some of the Christians who voted for Trump are the ones with whom I’ve attended church. People who have held my black son in their arms, who have laughed with me, who have taken me to lunch, who have prayed with me, and preached to me. I have experienced meaningful connections with white Christians, but I want those same believers to realize how a Donald Trump presidency affects me as an African American.

I made those comments not to disassociate with white Christians, but to express that my continued association with them will not be based on niceties or half-truths. Donald Trump has revealed himself to be dangerously oblivious to the power of his words, the offense they cause, and the constituents they empower. His rhetoric is hazardous to me personally and to America generally. I wish more Christians, especially white evangelicals, understood this. Many Christians, both white and black, do understand and have reached out to me to express their thanks and affirm that they felt the same way I did. They know who they are, and their words have given me endurance.

The Sunday after the election, I did end up worshiping with a predominantly white congregation. It was not our home church, and we had never been there before. Aside from me, my wife and child, there was one other black person in the congregation of over 200. I felt all the emotions I normally do in that situation.

I endured the looks of surprise not just at seeing new visitors, but at seeing black people in an almost completely white church. I struggled to sing along to songs I didn’t know. I smiled, and shook hands, and exchanged pleasantries. All the while, though, I wondered if they knew how much more precarious the world had become for me and my family since November 8, 2016. I wondered if they would hear me if I shared my pain or chastise me for causing disunity and for not believing the gospel enough. Of course we didn’t talk politics at all. No mention of the election in the prayers or the sermon either. It was a typical Sunday.