“Days ago I was with my family in my home, and now you are telling me that all is lost?”

These chilling lines from actor Chiwetel Ejiofor are just a piece of the pain displayed in the most talked-about movie of the year, “12 Years a Slave”. The Steve Mcqueen biopic, based on the real-life autobiographic tale of freeman Solomon Northup in the 1840s, is both beautifully made and brutally realized. The sheer terror of the film’s unflinching look into the Southern slave trade is not that something so unspeakable could happen in America, but rather that it actually happened unopposed for so long.

But the movie is not just a morality tale that lacks the artistic chops to stand up to the pantheon of epic offerings on the subject. The cinematography and score are scintillating, sending chills up the viewer’s spine with its nuanced realism. There are times when mud, open wounds, flowers and silence seemingly become mazes our eyes get lost staring into, a testament to Mcqueen’s directing mastery. The film carries with it considerable acting star power that will undoubtedly lead to a trophy case of movie season awards. Veteran actor Michael Fassbender was quite a stumbling block to any Christians attempting to practically walk out Ephesians 4:32 with his vicious portrayal of Southern slave owner Epps. Lupita Nyong’o, who played Patsy with such pain and despair, was the frequent object of the favor and fury cocktail that Epps spewed forth. And Brad Pitt even landed a cameo role as “the good guy” who was sympathetic to the cause of slavery. But all the actors paled in comparison to Ejiofor’s perfect performance as Solomon Northup. Through his eyes and naively hopeful body language, the audience feels the helplessness, discouragement and psychological exhaustion of life as a slave. He is conflicted with balancing the tension between any form of contentment with his current state of bondage and the righteous restlessness to taste freedom again. As we watch, we are conflicted as well.

And our conflict continues into the content of the story, which is occasionally too real. Nudity, sexual coercion, and brutal beatings are clearly shown for the viewer to feel the gravity of the moment. Christians with sensitive eyes and ears should use caution and care with viewing. This is no family movie. There comes a time when art is just unwatchable due to the content that is being displayed or for the emotions being cultivated. I must admit, it’s not for everyone. But for regenerate believers with the stomach to view events as they really happened, this movie is absolutely a must see. Watching it gave me a proverbial punch in the face to appreciate what my ancestors went through and to be sensitive to the genocide that has existed in all cultures. No modern movie is as honest about the complex sinfulness of the original human trafficking trade.

In the midst of the film experience, I was riveted by the furious will of Solomon to reclaim the freedom that was rightfully his, and the lengths that his masters took, both overtly and covertly, to stop him. Without trying to be “that guy” who has a spiritual application for everything cultural, I was struck by the parallels that exist between Solomon’s slavery and my own. I’ve never picked cotton, been whipped or strung up by my neck; but sometimes I feel like a slave. My slavery is the nefarious, invisible kind that doesn’t come with clanging chains and merciless human masters. No, I am a slave to myself. My passions drive me with the whip of an unbroken will to claim what I desire the most. In one of the countless visceral scenes in the movie, Solomon attempts to find an escape, only to find that his scamper is futile. His feet reminded me of my own desire to be free. In short, this movie made me thankful for the Gospel. I am thankful that I serve a God who is in the liberating business. Not only is 12 Years a Slave a heart-wrenching, visceral display of depravity; it is also a showcase of thankfulness that the Gospel exists to save us and set us free from sin’s slavery. In the words of Northup himself, “I don’t want to survive; I want to live.” 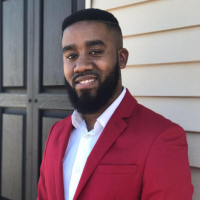 Previous Post
How To Be a Radical Sender
Next Post
Virtue At GQ: The Heart of ‘Look Sharp, Live Smart’