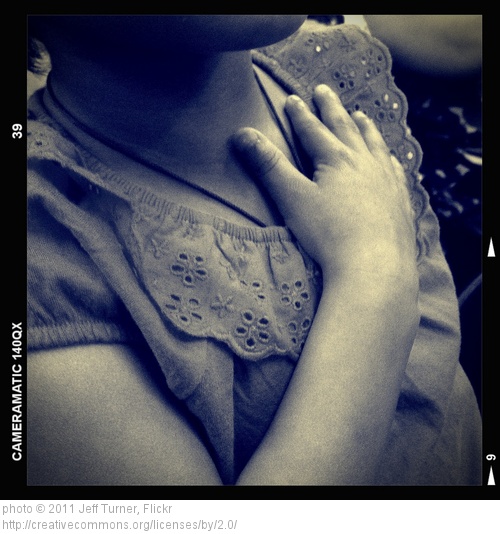 I Pledge Allegiance to My Blackness

I remember when I first heard Barack Obama had won the presidency of the United States. I was thrilled. The first Black President of the United States. I thought about how proud my father would have been if he were alive. I thought about the men and women who fought so hard to make that day possible. Though I knew much of our political ideology did not align, I was genuinely excited.

In a few days we will all have the chance to decide if President Obama will be awarded an additional four years. I know that many of my black Christian friends will lay aside various political issues to vote to keep him in office. I am fully aware of the battle that wages in the heart as we have to decide to vote against a black man. But I’d like to appeal to you not to pledge allegiance to your blackness.

Before I continue let me make a few things clear. I love being black. That might sound trite or even silly, but I do. I love the color of my skin because it’s more evidence of God’s creativity. I truly believe it’s an outward reflection of God’s mysterious design. I am not, as you will see in a moment, urging you to vote for a certain candidate.

What I want to remind all of us who are Christians heading to the polls is our allegiance, our devotion, our worship is to God. We cannot separate ourselves from our Christian identity when we walk in the voting booth. You cannot pledge allegiance to your blackness and vote for President Obama based on the color of his skin.

We are no longer our own. We are no longer living for ourselves – and we are no longer ourselves. We are a new creation. Paul wrote about this new creation in Galatians: “I have been crucified with Christ. It is no longer I who live, but Christ who lives in me. And the life I now live in the flesh I live by faith in the Son of God, who loved me and gave himself for me,” (Gal. 2: 19b-20). Perhaps we don’t know the seriousness of our newness in Christ.  My living, albeit imperfect, is in Christ and by faith. I will one day stand before the Lord to give an account for the way I lived (voted!). The account is a mystery—but it is an account.

As a new creation we are first and foremost in Christ. Everything else is a mere reflection of that glorious truth. Our ethnicity no longer takes center stage in our lives. God does. And if that is so, we have to look at the issues from the eyes of new creations (which is truly spiritual) and not our earthly shell.

As I mentioned earlier, I am not endorsing a candidate nor am I saying who not to vote for. When you head to vote on Tuesday may I encourage  you to prayerfully consider the issues and vote by your conviction and not because of race. If you have not looked into the issues because you have decided to vote based on the historical significance and nature of the election, I would urge you to read and research. There is still time.

And when we vote, I do pray all of us would pledge allegiance to our God. 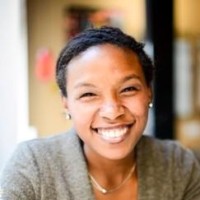 Trillia Newbell is the author of Fear and Faith: Finding the Peace Your Heart Craves (2015) and United: Captured by God's Vision for Diversity (2014). Her writings on issues of faith, family, and diversity have been published in the Knoxville News-Sentinel, Desiring God, Christianity Today, Relevant Magazine, The Gospel Coalition, and more. She is currently Director of Community Outreach for the Ethics and Religious Liberty Commission for the Southern Baptist Convention. For fun, she enjoys group fitness (she used to be a fitness instructor!), cycling, and listening to a variety of music. Trillia is married to her best friend, Thern; they reside with their two children near Nashville, TN. You can find her at trillianewbell.com and follow her on twitter at @trillianewbell

4 thoughts on “I Pledge Allegiance to My Blackness”