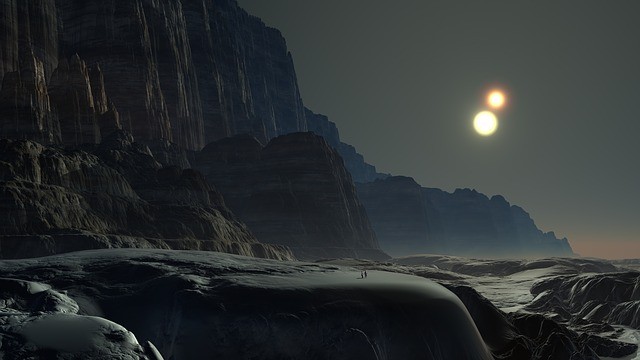 Jesus is King of the Universe

The presidential election is finally over! But the results are shocking! Trump won the presidency by an enormous landslide. His victory has brought joy to many, but grief and fear into the lives of others.

Minorities, immigrants, and Muslims are especially anxious by Trump’s victory due to the many statements that he made during his campaign interpreted by these groups as racist, bigoted, and xenophobic. But during these uncertain times all Christians (red and yellow and black and white) must rest in this very real fact: Jesus Christ is still king of the universe, even though Trump won the election. In fact, Jesus reigns as Lord and Christ over President Elect Trump.

Jesus’ Baptism (Mark 1:9-11)
In Mark’s Gospel, after John’s announcement that Israel’s God of salvation is coming, Mark now focuses his audience’s attention on the one whom John came to proclaim. Mark immediately records Jesus’ baptism by John in the Jordan in 1:9 and God’s anointing and affirmation of him in vv. 10-11.

Mark gives us no editorial comment that explains the purpose of Jesus’ baptism, whereas Matt. 3:15 adds “to fulfill all righteousness.” Mark provides no explicit answer for the purpose of Jesus’ baptism. He just asserts that he was baptized. We can confidently say, however, that Jesus wasn’t baptized because he needed forgiveness of sins, (1) because Mark asserts that Jesus is Yahweh in vv. 2-3 with his citations of Isa. 40:3 and Mal. 3:1, (2) because the Baptist states that he’s unworthy to loosen Jesus’ sandals in v. 7, (3) because God pronounces that “you [Jesus] are my beloved Son in whom I am pleased” in v. 11, (4) because Jesus resists Satan’s temptation in vv. 12-13, and (5) because Mark presents Jesus as obeying God’s commands throughout the gospel.

Rather, since Mark has emphasized that John’s mission was to proclaim the coming of the promised, coming one: Jesus, the Christ, the Son of God (vv. 2-10), Jesus was possibly baptized to express public agreement with John’s pronouncement, and to demonstrate that he was indeed this coming one to whom John bore witness. Upon this reading, Jesus embraces John’s baptism to show that it was a baptism that pointed to him.

Mark 1:10 says the Spirit descends “as a dove,” whereas Luke says “in bodily form as a dove” (Luke 3:21-22). Both a visual (dove as a Spirit) and a verbal (God’s voice) affirmation supports that Jesus is exactly the one whom John proclaimed that he was: namely, the coming Messiah.

The Spirit’s presence at the baptism of Jesus recalls the OT promise that a messianic figure would be endowed with God’s Spirit (Isa. 11:2; 32:1; 61:1). The combination of this gift of the Spirit with the concept of anointing in Isa. 61:1 (as in 1 Sam. 16:13) makes it a particularly appropriate mark of the mission of Jesus Christ.

The term in John’s gospel (even if Nathaniel doesn’t really understand what he’s saying) highlights Jesus’ unique relationship to the father: he is God’s Son to whom he has made an heir of the kingdom; he is Messiah over that kingdom, and he is God (John 1:1-5). This is supported by the fact that Jesus is also called David’s son (Matt. 1:1). This doesn’t mean that Jesus is literally from David’s physical posterity, but that Jesus is uniquely connected to David and to his throne by virtue of being part of David’s Jewish heritage (Rom. 1:3; cf. Matt 1:1) and by virtue of God appointing Jesus to be David’s successor to his throne at his resurrection (Rom. 1:4).

Likewise, Jesus has a unique relationship with God. Since the gospels present Jesus as doing the sorts of things that only God can do (healing the sick, raising the dead, forgiving sins), Jesus’ sonship places Jesus as an equal to God. Thus, when God calls Jesus his Son in Mark 1:11, he’s speaking with reference to Jesus’ unique and divine relationship with the father. An ancient Jewish Christian text call Sibylline Oracles 8.470 attests to this idea. This oracle is clearly a Christian oracle since it briefly mentions Jesus’ incarnation without mentioning his name and his birth narrative (Sib. Or. 8:456-75). Sib. Or. 8.470 (ca. AD 195) states: “In time it was made flesh and came to life in the womb, and was fashioned in mortal form and became a boy by virgin birth. For this is a great wonder to men, but nothing is a great wonder for God the Father and God the Son.”

Thus, God’s affirmation that Jesus is his beloved Son at his baptism is a proclamation that Jesus is his Son. God is announcing what is true (cf. Mark 9:2—the voice announces what has already been proven to be true throughout the gospel through Jesus’ deeds). Verses 9-11 could then be the centerpiece of 1:1-13. What Mark has said about Jesus in his introduction, namely, he’s Yahweh in the flesh, the Messiah, and God’s Son (1:1-3), is now confirmed by God himself (1:11). Yahweh himself has come in Jesus, and Yahweh himself testifies to this at Jesus’ baptism.

Christians living in trepidation because of a Trump victory and an eventual Trump presidency must remind themselves of this very fact: Jesus Christ is God and reigns victoriously over all things in heaven and on the earth, including over Trump. Because Jesus Christ is the Lord of all, all Christians must take great comfort in the fact that Jesus our one and only King will reign forever, regardless of the one ruling on earth in the oval office as president of the U.S.

5 thoughts on “Jesus is King of the Universe”