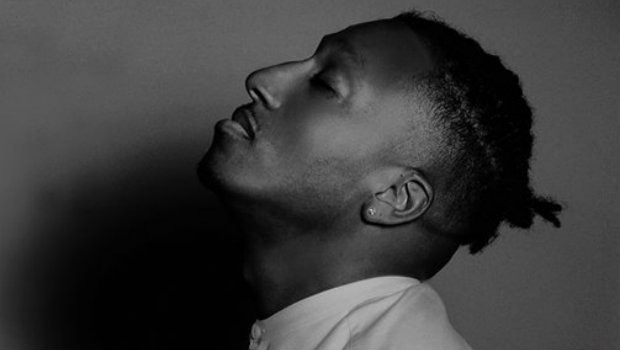 The Church Music The Arts

The Hallmark track “Don’t Waste Your Life” (based on a book by popular reformed evangelical Pastor John Piper) inspired Christians to radically pursue Jesus in a way that would show the watching world that Christ is truly a treasure to which nothing else could compare.

The album represented a bold rebellion against a culture that also rebelled against Jesus and assailed Christians who desired to remain faithful to their beliefs. Fans and evangelical leaders alike loved Lecrae’s boldness and his commitment to truth. He artistically and unapologetically expressed their passions, beliefs, and emotion through the medium of hip-hop.

This quickly launched Lecrae into the world of evangelical elites. Luminaries within the evangelical world (especially within reformed theology circles) embraced Lecrae and his crew—the 116 clique—as the young black urban theologians who flipped their traditional aesthetic of theological representatives upside down.

Many whites in the United States identify as Protestant evangelical Christians while only 6% of black people and 11% of Latinos identify as the same.

This striking statistic gives us insight into how much of a minority African Americans and Latinos are in an evangelical world that’s largely white. Though Lecrae’s events would be full of urban minorities, a predominantly white crowd outnumbered them.

Despite this, there seemed to be an impervious unity that transcended the differences polarizing the outside world. This group of believers seemed immune to what divided those outside the church such as race/ethnicity and political affiliations. What they felt united them was their faith, theology, and God; politics and color didn’t matter – or at least they thought it didn’t.

Following the 2014 shooting death of Michael Brown in Ferguson, Mo and the subsequent acquittal of officer Darren Wilson (the shooter), many African Americans and other minorities within the church (especially in light of a long recent history of police brutality) was reminded of how systemic injustice and racism worked within multiple levels of society—especially within the judicial system.

As protests in Ferguson emerged, young minorities began to speak out against disparities while affirming the dignity, value, and worth of people of color. Lecrae also began to speak out. To his dismay, his largely white (and even some black) evangelical fans met him with cold-hard dismissals, insensitivity, and attacks.

Rather than being met with a willing heart to bear his burdens and stand with him in solidarity for justice, Lecrae was met with derision and disappointment. “You’ve lost focus on the mission. God didn’t give you your gifts to fight for black rights. Where is this in the great commission” was just one of the more recent responses that made it across his timeline. “Just preach The Gospel and stop talking about politics!” is another reoccurring sentiment.

For many in Lecrae’s white evangelical fan base, there was an abysmal disconnect between biblical ethics of justice and how it relates to America’s treacherous history (and continuation) of systemic racism and institutional discrimination against black and brown image bearers.

In the wake of this cultural war of ideological justice, those of us who were outspoken on issues of police brutality, implicit biases, and systemic evil were deemed to be outside of orthodox theology for upholding biblical imperatives of justice for the oppressed and marginalized.

The treatment of Lecrae was no different. He would soon discover the majority of the white evangelicals who supported him didn’t really like him for him, but for representing and advancing their values through his music. He was a means to an emotional, intellectual, and political (usually conservative) end. It was in this realization that Lecrae began to “rebel.”

The Departure and Hope

On Lecrae’s newly released album “ATWT (All Things Work together)”, he articulates his dissent on his track “Facts.” Lecrae speaks to the Christianity within America that is largely linked to a blind nationalism and a false sense of God’s favor by boldly proclaiming: “I will not oblige to your colonized way of faith // My Messiah died for the world, not just USA.” He combats the notion that Christianity within America means that your socio-political stance defaults to right wing conservatism or a binary “left” or “right” partisanism altogether: “They say, Jesus was Conservative Tell ’em, That’s a lie // No, He not a Liberal either if you think I’ll choose a side.” He also offers an apologetic for the existence of the black church in saying: “They say “Crae you so divisive, there shouldn’t be a black church // I say “Do the math segregation started that first!”

Lecrae’s bold stance is unapologetic and raw. He has repudiated the sentiments from the evangelical world that would cultivate cold apathy and indifference in the face of injustice and suffering. He has embraced an all-encompassing Gospel that cares about the whole man – including his empowerment and just treatment in the here and now.

This album doesn’t just speak to the “Facts” around justice and Lecrae’s divorce from evangelicalism but also God’s sovereignty over all the trials, blessings, and failures in his life (and ours). This project is one of hope—hope that bleeds through the darkness of any situation to show us God is indeed working “All things together for the good of those who love Him and are called according to His purpose (Romans 8:28).”

Lecrae is real, bold, and unashamed of who he is – a black man in America that loves Jesus and wants to impact and transform the world. Critics of Lecrae may express their disdain of his newfound freedom, hearkening back to the Lecrae of old – the “Rebel” Lecrae. But what they don’t realize is that the same bold, unapologetic “rebel” still exists but he is now free from the chains of evangelical expectation and has been set ablaze to be who God has always called him to be – a rebel. 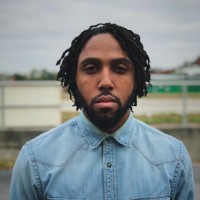 Previous Post
Do We Really Value Women?: The Church and a Call for Gender Reconciliation
Next Post
Church Membership: Who Needs It Anyway?