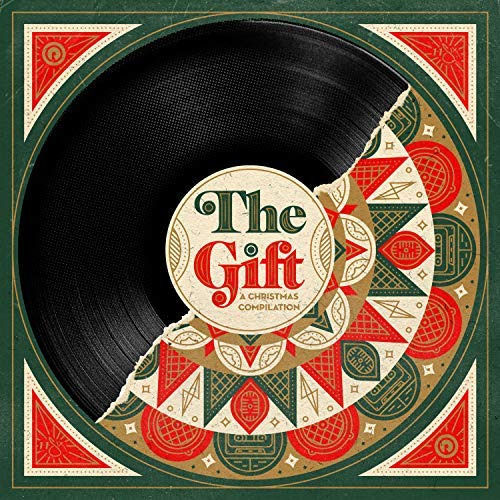 Not Your Parents’ Christmas Album: “The Gift” By 116

Whether you put off listening to Christmas music until after Thanksgiving or have been listening to the delightful melodies of the season since the first leaf of autumn dropped, a new sound has arrived for the season. Reach Records, a Christian hip-hop record label, released their first ever Christmas album, “The Gift: A Christmas Compilation.” The label posted the following note on their social media account:

With this album, we want to bring a fresh sound to the season and keep hope at the center. We are unashamed of the reason for the season, the birth of our Lord, the hope of the world, God with us. Merry Christmas, God bless…”

For a record label that has endured heavy criticism for allegedly abandoning the gospel in the past few years, this compilation certainly feels like a “fresh sound” for the season without curving the name of Jesus. (For what it’s worth, I don’t think the label ever abandoned its mission of reaching the world with the gospel).

The album features familiar Christmas titles such as “O’ Come,” “Joy,” “Silent Night,” and “Noel.” But it also features the popular title “This Christmas.” Each track isn’t shy about presenting familiar Christmas melodies while boldly maintaining their own eclectic mixes of pop, r&b., and hip-hop.

In a moment where Christmas albums are an ever-growing cliché, this fusion helps the album’s exceptionality. Lecrae, Trip Lee, Tedashii, Andy Mineo, and KB are the usual artists laced in a 116 compilation album, but the dynamic range of featured artists help drive a more unique sound that embodies the Christmas Compilation title. The absence of Andy Mineo and KB was surprising, but does not take away from the fullness of the album. Artists like Evan and Eris, CASS, Crystal Nicole, Abe Parker, and Paul Russell help the Compilation’s originality. Altogether, it is a record created to be enjoyed in the background of Christmas parties or in the foreground of family Christmas car rides.

Almost every track contains enough of the sing-along tunes most people are familiar with while providing enough bounce to bob your head and tap your feet along with. “Come all ye faithful, joyful and triumphant,” the opening song begins slowly. But it quickly ramps up with a rhythmic boom-bap followed by lyrics from veteran Reach Records artist Tedashii, “We adore him, let’s adorn him…Can’t afford it, but He paid it all / Family sittin’ round the fire sipping’ eggnog.”

Tedashii’s opening lines set the mood for what the rest of album will be like: feel-good modern sounds that draw listeners’ attention to Jesus while not failing to affirm the good gift of family and fellowship the season brings. The opening track’s God-glorifying feel-good sound is supplemented with a rendition of “This Christmas” that could put a smile on Donnie Hathaway’s face. If your family enjoys dancing at Christmas gatherings, Evan and Eris, Jaylon Ashaun and Jon Keith collaborate to put together a seamless track that is sure to keep your soul train Christmas party line going.

Trip Lee and Lecrae team up with Abe Parker to remind Christians of our mission on “Joy.” But it doesn’t take on the hard-hitting, bass-booming reverberation most Trip Lee/Lecrae collaborations usually have. Instead the piano and easy snare capture—not only the joy of Christmas—but also the joy of salvation. “Ima have to spread the word / Good news for the hood dudes tryna make it work,” Lecrae rap-sings on his verse. “Joy to the world, yeah, To the little boys and the girls, yeah / For the bright days and the dark nights, it’ll be alright, God gon’ keep His word, yeah.”

The album slows down with an idiosyncratic rendering of “Silent Night” sung by Crystal Nicole over a Chris Stapleton style of guitar that really draws attention to and balances Nicole’s vocals. “How do you repay the gift of life? / What’s the return on a sacrifice?… So I’m giving my heart as my reply.”

The negative critiques one might have for “The Gift” is its length (only nine tracks) and the continuity of the traditional tones most listeners are familiar with. But those critiques work in favor of the album.

The former follows the growing trend of shorter albums, as they were before when albums were traditionally pressed (pressed albums are also a growing trend making a fierce return). The brevity of the compilation also gives fans bite-sized portions to satisfy their Christmas music taste as well as something to look forward to next year. The latter critique of wanting to hear more of the traditional-sounding songs break up the monotony of reworked and rebranded songs you may hear on the radio or your Pandora Christmas playlist.

“The Gift” delivers on its title, offering the culture a familiar essence yet distinct hope and rhythm of the Christmas season for all who believe in Jesus. But the album isn’t created in a way that stiff-arms the culture, nor does it work as an exclusive piece of Christian art, only to be enjoyed by Christians. Its nods to family help the album work as more of an invitation to the world to enjoy the season with a better hope in front of them.

In a time where darkness of all sorts—political and religious discord, racism, sexism, broken marriages—seem to be an ever-growing and pervasive force lurking around every corner of our world, the album isn’t all bliss. It recognizes present and past struggles we all face yearly.

“Long lay the world in sin and error pining,” Svrcina and Reach Records artist WHATUPRG accurately sing on “What a Time,” a spacey remake of “What Child Is This?” “I almost left, You got me right / I came out the slums,” Derek Minor openly shares on his verse for “All is Bright,” a creative remake of “Silent Night.” But rather than dwell on the seemingly overwhelming darkness, “The Gift” shines a brighter light on the King of kings who arrived on this earth as a helpless babe.

“The Gift” is a timely and fresh reminder of the reason for celebrating this season, communicating a hope that will remain when the Christmas trees are taken down and the Christmas lights have dimmed. It is a hope worth trading in our earthly treasures for as Abe Parker sings on “We Three Kings,” “We three kings…bringing gifts, coming from afar…I think I found a King;” a desire all Christians hope the world will also find this holiday season.