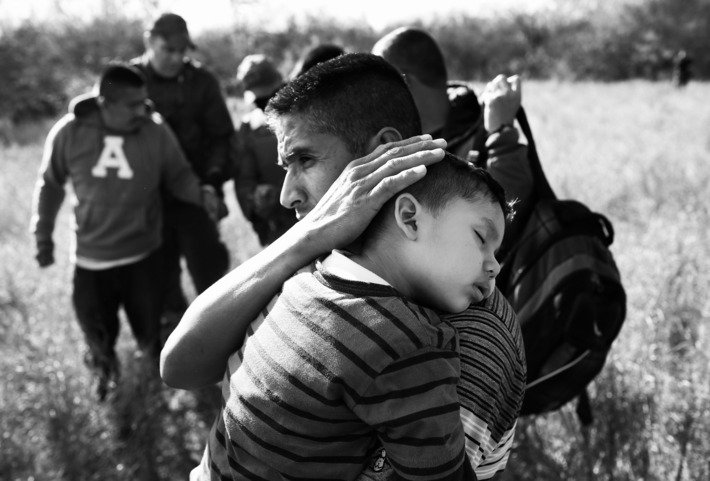 This Is Pure and Undefiled Religion: Take Care of Orphans and Widows in Their Affliction

Those in positions of power have a history of using the bible to justify injustice in this country. Historians of race and religion have carefully documented how slave owners often selectively quoted passages in the New Testament about slavery to justify the dehumanizing practice of slavery.

The misapplication of Scripture to rationalize a modern form of injustice was put on public display last week. The Attorney General misused a verse from Romans 13 to offer biblical support for the separation of immigrant families at the border. Many scholars, pastors, and theologians have responded to the Attorney General’s reading with a historical analysis of the context of Romans and by appealing to other passages in the bible that speak of caring for the sojourner and foreigner.

My own remarks here focus on a few examples from Jesus’ teachings in the Gospels and James’ teaching in his letter that remind Christians what our postures toward the immigrant should be. Both examples show the importance of and the necessity of Christians extending compassion, love, and mercy, when possible and in ways that are consistent with the gospel, to those who are vulnerable and socially marginalized when there are opportunities to do so.

Jesus’ teachings in the Gospels say much about love, justice, compassion, and mercy for the socially marginalized and socially vulnerable. In Jesus’ sermon in a synagogue, he says he came to “preach the gospel to the poor, to proclaim liberty to the captives and recovering of sight to the blind, to set at liberty those who are oppressed, and to proclaim the year of the Lord’s favor” as promised in the prophet Isaiah (Luke 4:18-19; cf. Isaiah 61:1-2).

Luke records Jesus pursuing the sick (Luke 4:31-41), the lame (Luke 5:17-26; 6:6-11; 17:11-19), the poor and the afflicted (Luke 6:20-23), and women (Luke 7:11-16; 8:1-3) with mercy, love, compassion, and a keen awareness of kingdom-justice. These groups would have experienced social vulnerability and social marginalization in the first-century context in which Jesus preached and ministered. Jesus’ penal substitutionary death for their sins and his resurrection from the dead provided forgiveness of sins for those from these groups who followed him. He often met the physical needs of those who were socially marginalized and vulnerable to show them his upcoming death for sins and his resurrection were for them too, the socially marginalized, to show that God’s kingdom had come to earth through his ministry, and to show that his kingdom includes them.

In fact, Jesus seems to have a special interest in ministering to and caring for those who are socially marginalized and vulnerable throughout his ministry (cf. Luke 4:18-18:43). This is one reason he met both their physical needs and their spiritual needs as he invited these diverse vulnerable and marginalized groups to become his disciples and follow him.

Jesus’ early followers continued his message of love, mercy, justice, and compassion for those who were socially vulnerable and socially marginalized. In his letter to the Christians scattered throughout the Diaspora, James says: “Religion that is pure and undefiled before God, the Father, is this: take care of orphans and widows in their affliction, and keep oneself unstained from the world” (James 1:27).

James urges Christians to show mercy and love and not to discriminate against the poor by showing favoritism toward the rich (James 2:1-13). He further emphasizes Christians should speak words that bless instead of words that curse and words that edify instead of words that destroy (James 3:1-12). Words that dehumanize, shame, or tear down the self-worth or human dignity of those who are socially marginalized and vulnerable are examples of words that curse, but words that speak gospel-hope and truth into the lives of the socially marginalized and vulnerable are examples of words that bless. James prioritizes the right gospel-behavior because it proves that one has genuine saving faith (James 2:14-26).

Immigrant families and sojourners are currently suffering great affliction as their children are separated from their families. Their suffering is compounded by many in our country who both speak of, to, or about them and who treat them in dehumanizing ways. Thankfully, actions have been taken by the government to stop the separation of immigrant families. And prayerfully, there will be actions taken to reunite the separated families.

Sadly, there are those who identify with the Christian faith who are complicit in the mistreatment of immigrants in general in word and deed and who misuse Scripture to support mistreatment of the so-called “other.” Jesus’ teaching and other examples in the New Testament especially emphasize the Christian gospel requires Christians to show compassion and mercy to the socially vulnerable and the socially marginalized when possible (Just read James).

May Christians and Christian organizations continue to consider ways we can share and show gospel-love, mercy, and compassion to our immigrant neighbors in words and deeds in ways that honor Jesus Christ. For this is true and undefiled religion: to take care of orphans and widows in their affliction, and to keep ourselves unstained from the world.

9 thoughts on “This Is Pure and Undefiled Religion: Take Care of Orphans and Widows in Their Affliction”