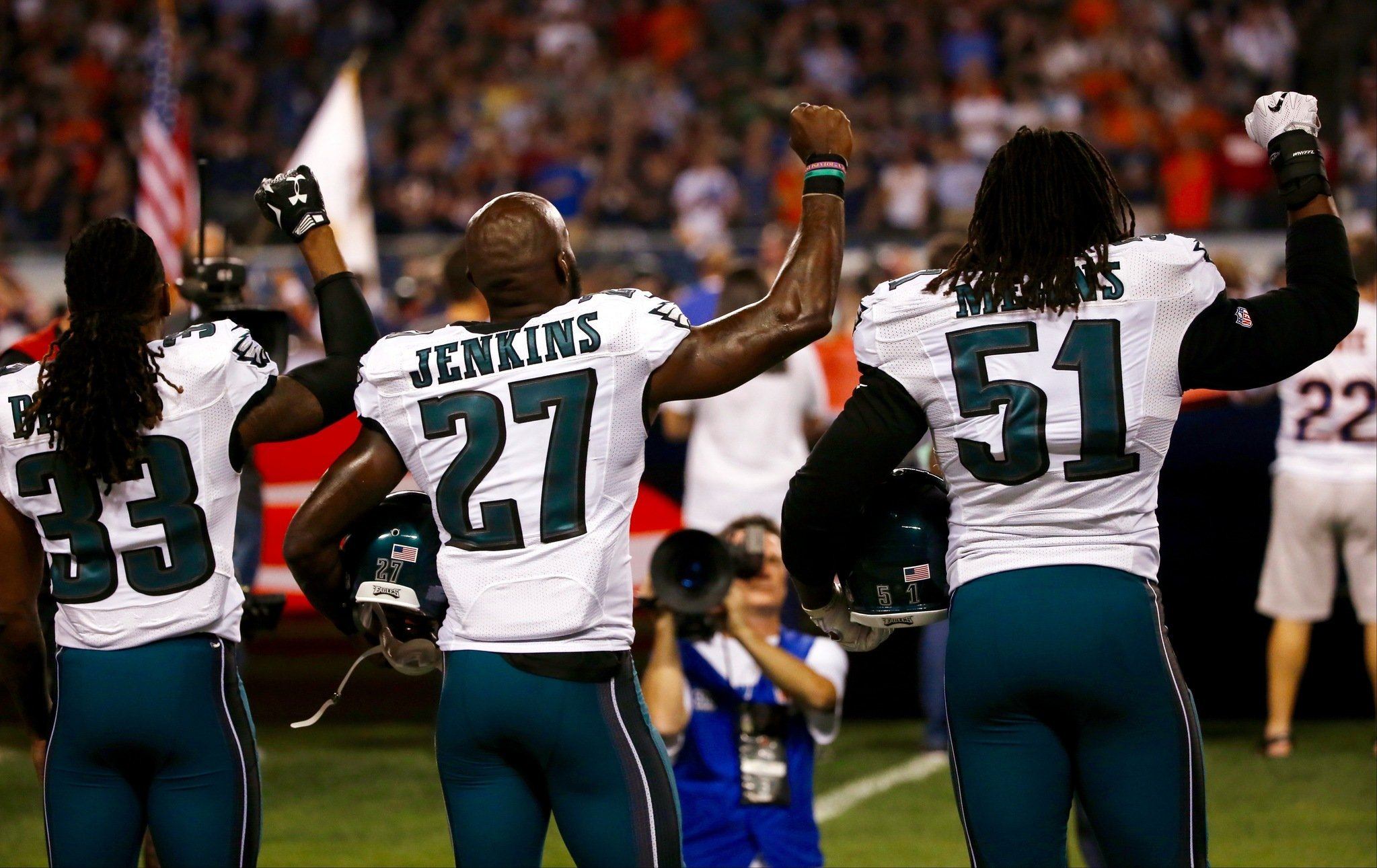 Quarterbacks, Safeties, and the Spotlight of Evangelicalism

Except for Patriots’ fans, the rest of the country probably agrees that the Philadelphia Eagles’ Super Bowl win this year was phenomenal. It was more than just a game.

Many narratives surrounded Super Bowl LII including Chris Long and Malcolm Jenkins’ stances on social issues including kneeling for the national anthem and not visiting the White House for the championship celebration.

Another storyline that rose to the forefront is the many Christians on the Philadelphia Eagles. From quarterback Nick Foles’ desire of wanting to become a pastor after his football career and Carson Wentz’s outspoken faith to the stories of players being baptized and Bible studies taking place in the locker room, the Eagles are made up of individuals who know that there’s more to life than football.

Nothing New for Evangelicalism

There has been a significant amount of praise for the outspokenness of Philadelphia’s quarterbacks concerning their faith, especially by evangelicals. Amidst all the adoration for the champion Christian quarterbacks, the praise for another Eagle, one of this season’s brightest heroes, a man who is also a devout Christian, has flown largely under the radar. I’m referring to the Philadelphia Eagles safety, Malcolm Jenkins.

I’m highlighting this subtle neglect because the consistent exaltation by the evangelical community of the white, Christian, quarterback seems to always trump the faith and subsequent actions of other believers, especially in today’s cultural climate.

This lionization of the “perfect” evangelical quarterback is definitely not something new, and although an athlete’s character and personal beliefs are worth celebrating, this practice ignores the myriad of ways through which Jesus is working through many others in the same spheres of influence.

Nothing New for Christian Quarterbacks

We’re not too far removed from the Tim Tebow era when “taking a knee” was hailed as a positive kind of chivalry. Tebow was evangelicalism’s poster boy, and although he never ascended the heights of NFL greatness, one could picture a figurative bronze bust of Tebow’s face sitting in the “Hall of American Evangelical Fame.”

Before Tebow, there was Drew Brees, Matt Hasselbeck, and Kurt Warner. After this year’s Super Bowl, it’s likely that Nick Foles and Carson Wentz are headed in the same direction.

You know how this story will play out: book deals, Lifeway promos, conference invitations, and perhaps a feature in the next Christian big-screen film. The stage of evangelical adoration is vast and its spotlight shines bright, especially if one meets certain conditions.

One could argue that some of those conditions are a Caucasian heritage, an apparently clean moral slate, and a willingness to be forthright about one’s faith. But exemplary men like Tony Dungy, Reggie White, and Deion Sanders, and even recently Michael Vick have all been recognized and moderately championed by evangelicals as well. Seahawks quarterback Russell Wilson was also embraced by them a few years ago.

Players like Malcolm Jenkins and Eric Reid will probably never be featured in this spotlight, and honestly, they should have no desire to be. You’ll never see Jenkins or Reed with promos in your local Christian bookstore not because they aren’t great examples of godly men. Malcolm Jenkins won’t receive the praise his Christian brothers and teammates do because he raised a fist in protest of systemic racism and injustice. Eric Reid won’t be celebrated for being an outspoken Christian because he took a knee during the national anthem.

These players expose that the state of evangelicalism in America is not really about one’s faith or relationship with Jesus. It’s often about how convenient (or inconvenient) that faith is for the majority culture.

For players like Reid and Jenkins to protest during the national anthem was to align themselves in every way to the false depiction of the divisive, emotional, anti-military, and anti-American forces that were led by former quarterback Colin Kaepernick, a player once hailed as a Christian athlete. Remember Kaepernicking?

Even when Reid and Jenkins expressed that their faith was central to their decision to protest against injustice, nobody sided with these men when critics, including POTUS, lashed out against them. When Reid discussed his faith with fellow teammate, Kaepernick, a target of white evangelical disgust, nobody celebrated him for his evangelistic efforts. When Malcolm Jenkins co-founded the coalition that moved the NFL to commit $89 million to criminal justice reform, it barely touched the evangelical stratosphere.

Nothing New for Christian Minorities

Jenkins and Reid’s reality is similar to what many African-American Christians are faced with during this climate of racial tension. Although we may theologically align with those in the white majority culture on many beliefs, we are often misrepresented when it is realized that our same faith aligns us with those who speak up for social and racial issues.

We may be overlooked or altogether rejected for recognizing that our theology is expressed through action concerning these things, especially when our actions are not convenient for the majority culture. We may never receive the praise of the poster child Christian quarterback who gains the acceptance of the majority, but who needs it?

Our faith in the same Christ bears an equally powerful yet different kind of witness to the watching world; one that highlights the righteousness of God and the transformative power of the gospel against systemic evil. Evangelicalism would do well to celebrate and acknowledge the witness of Jesus in all its facets, as it speaks to both moral character and justice, even when it’s inconvenient and uncomfortable.

Congratulations, Malcolm Jennings, on your Super Bowl win. Thanks to you and players like Eric Reid for bearing witness to Jesus in your life, your career, and in the area of racial justice, even at the cost of being misunderstood or ignored. Your example and efforts are appreciated by those affected by the issues and those fighting for them in our different spheres of influence.

Previous Post
Don’t Waste Your Black History Month
Next Post
Do it For the Diaspora?: The Moral Question Behind Black Panther

6 thoughts on “Quarterbacks, Safeties, and the Spotlight of Evangelicalism”