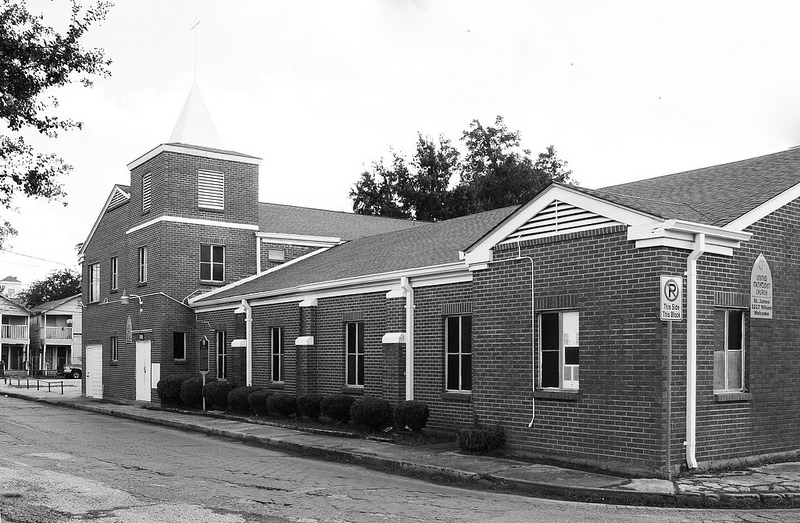 The church in the United States has a long and mostly dysfunctional relationship with social constructions of race. From the time of the nation’s founding up to the present day, Christians have woven a tangled tale of racism and resistance to it. While some believers used religion to justify oppression and injustice along color lines, others found in their beliefs the spiritual and moral weapons to demolish divisions.

The first four parts explain Pickett’s personal journey and a growing recognition of inequality and the conviction to work for racial harmony. Along the way he speaks to his readers, especially white ones, about the hard lessons he’s learned and how to apply them more broadly. The last three parts survey America’s racial past from the first days of colonialism up to World War II. Originally posted on the Reformation21 blog, links to the entire series can be found below:

Race and the American Church- Part 2: From Racism to Relationships

A very kind man named Herman Robinson took an interest in me and my mom. I think he was struck by a white lady bringing her son to a meeting on racial tension and he invited us to his church: Trinity Baptist. My mom and I started going to the Reverend Herman Robinson’s church and we were pretty much the only white people who attended.

Race and the American Church- Part 3: Lessons Learned in Seminary

Race and the American Church- Part 4: A Mississippi Education

“What good can come from Nazareth right? Many Americans might say the same about Mississippi. Little do we know that the Lord is doing something here that the mayors of New York and Baltimore would love to see happening in their communities right about now.”

Race and the American Church- Part 5: From the 1600s to the Civil War

“Do not let any person try to convince you that African-based slavery beginning in the seventeenth century was biblical. It was not. It was race-based, for profit, man-stealing with no hope of freedom for those who were enslaved. “

Race and the American Church- Part 6a: Reconstruction, Jim Crow, and the ‘Spirituality of the Church’

“I would argue that one of the effects of the “spirituality of the church” doctrine was to divorce a Christian individual’s spiritual reflections and meditations (or personal holiness) from one’s call to acting in response to one’s growth in holiness. For what good is it to tell someone to go in peace and be warmed without also giving him the things he needs for his body (James 2)?”

Race and the American Church- Part 6b: Lynching, Violence, and White Supremacy

“In short, white supremacy is the belief that white people are superior to all other ethnicities, and should therefore dominate all structures of a society. When I describe the U.S. as a white supremacist society, what I mean is the white people in power during this time period (1865-1945) largely believed that whites were superior to other ethnicities and, driven by that philosophy, used power and the political, economic and cultural structures in place to buttress and maintain white control.”

Previous Post
Why Should Christians Celebrate Christmas?
Next Post
Tamir Rice and the Fears of Black Fathers for Their Sons