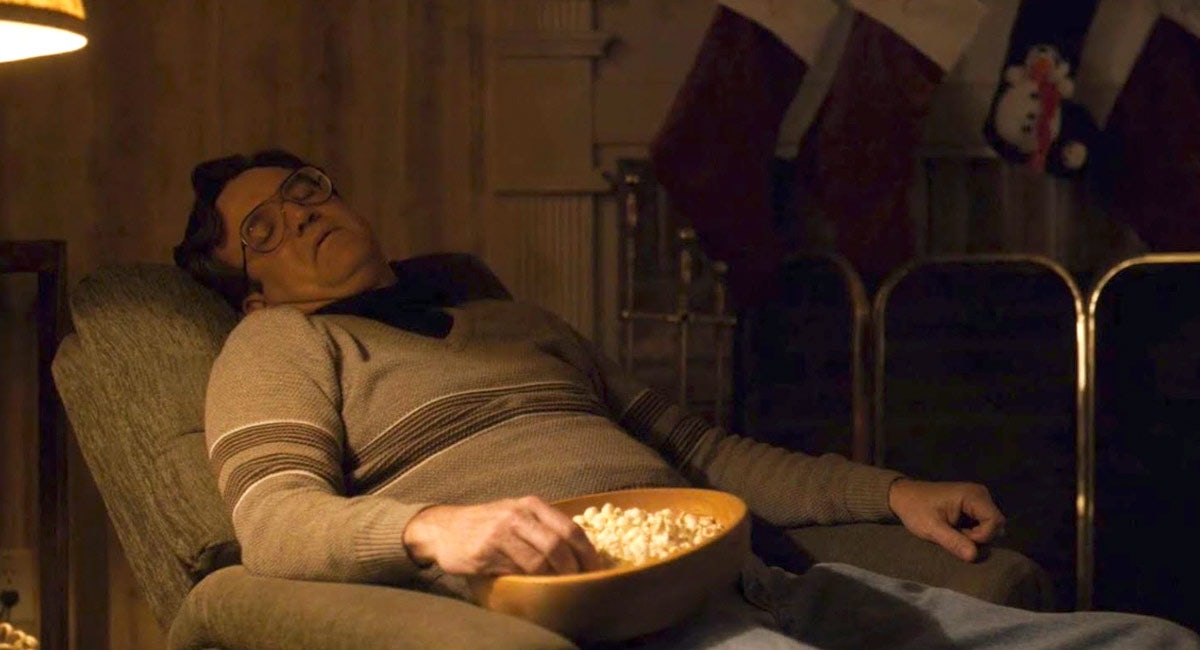 What Stranger Things Teaches Us About Parenthood

Amidst all the 80’s nostalgia and sci-fi action, there are some valuable things to learn about parenting from Stranger Things. In my previous post, I highlighted the beauty of an ordinary African American family sitting down together for breakfast.

As valuable and rare as it is to see such a positive depiction on our television screens, there are also other important things to be observed about parenthood in Stranger Things. For the sake of time and space, I’ll just point out a few.

As viewers will quickly observe, Mike and Nancy Wheelers’ parents are some of TV’s most oblivious people.

In Season 2, the Wheeler’s are still just as hands-off as they were in season 1, but we get a closer look at Mr. and Mrs. Wheeler as individuals. One scene that stands out is when Billy Hargrove goes looking for his sister at the Wheeler residence.

Just before Billy arrives, Mrs. Wheeler is in the bathtub with the lights low, candles lit, reading a romance novel. Mr. Wheeler is in the den, sleeping in his recliner. Each parent is in their own world, completely unaware to where their kids are or what the other is doing.

Scenes like this one reveal that the Wheelers are withdrawn as parents. Ted Wheeler, while he is the family’s sole provider, is merely a parent in presence. In season 1, his own daughter, Nancy, accuses him of marrying Mrs. Wheeler just to form the typical nuclear family. As a father, he’s simply a role in the family system.

He, like Mrs. Wheeler, never knows the whereabouts of their children. He’s unaware his son hid Eleven in the house for weeks or how his son is processing the loss of a friend. Ted appears apathetic when it comes to engaging in the lives of his children. Like many TV fathers (and real-life fathers), although he’s present in the home, Ted Wheeler isn’t actually present.

Karen Wheeler is a stay-at-home mother who is always present with her children but she shares in the same obliviousness as her husband. She is frustrated in her marriage. She married Ted only because he was a safe option with a well-paying job. Karen’s dissatisfaction is on display as she’s always escaping through a glass of wine or romance novel.

The Presence of Parents

With the Wheelers, we see that while a two-parent family might be the societal norm, it doesn’t always mean two-parent families are normal. Many of yesterday and today’s parents certainly share in the Wheelers’ oblivion for many different reasons, and through it all, still manage to function as families. Is this kind of absent-mindedness healthy? Certainly not.

While yesterday’s parents exchanged moments of engagement with their family for recliners and romance novels, today our escape and our apathy comes through the fingerprint feature of our iPhones.

What we learn from the Wheelers is that actual presence is of great importance in our families. In the same way that many black parents encourage our children to not become statistics, today’s parents must be encouraged to not settle for being statistics, even positive statistics.

As esteemed as it is to pursue the idea of a nuclear family, it isn’t enough. Parents must be actively engaged in the lives of their children and spouse for the sake of the family.

The same applies to the family structures of single or divorced parents. Whatever the situation, our children are looking for our engagement with them, not escaping from them.

Contrary to the Wheelers, there’s one parent who actually appears to be very engaged: Chief Jim Hopper. We were introduced to Chief Hopper as the man’s man. The man who, having lost a daughter, has become hardened, even more fearless, and a man who eventually displays a tremendous amount of courage and grit. This new season transitions Chief Hopper into the second-chance parent.

In Season 2’s earliest episodes, we find Hopper protecting Eleven from those who would try to harm her. He has laid a short list of ground rules for Eleven while he is away at work and we see what has developed into a flourishing father-daughter relationship between the two as they spend time eating, laughing, and watching movies together.

Their relationship slowly begins to be tested when Hopper’s over-protection of Eleven begins to hinder her pursuit of the truth about her mother and reuniting with Mike.

Although he has a heart of gold and a deep care for Eleven, Hopper is parenting from a place of pain and fear. Due to the trauma of the death of his daughter, Hopper finds himself overprotecting Eleven to prevent losing her as well. This is common for anyone who has ever suffered the loss of a child or a loved one/suffered trauma that they want to keep others from experiencing. The temptation to shelter or over-protect can feel like the right and safe thing to do.

No matter how effective he is as a policeman, Chief Hopper quickly realizes he cannot enforce the same authoritative power towards his newly-adopted daughter. Over-protection generated out of fear and trauma with the intention to bring others close actually often pushes them away. This is exactly what happens when Eleven runs away.

Hopper gets it right in the end through acknowledging his fear and over-protection in honest confession and apology to Eleven. As a good father-figure, Hopper’s awareness and apology comes episodes later, but for some children of traumatized and fearful parents, awareness and apologies happen much later or never come at all.

From Jim Hopper’s relationship with Eleven, we see a father who is deeply invested, present, and active. But we also see how fear and the lingering weight of trauma can hinder a relationship.

When fear rather than love becomes the primary motive of our parenting, it results in well-intentioned control and manipulation that can end up pushing our children away.

Then and Now: Parenting is Never Easy

If anything, Stranger Things shows us that parenthood isn’t easy in any generation. The temptation to escape engagement can fueled by anything from recliners and romance novels to iPhones and, dare I say, binge-worthy Netflix shows.

Our parenting must be intentional, not because it automatically guarantees flourishing children or cookie-cutter nuclear families. It doesn’t.

Parenting must be intentional because it is the earliest and most impressionable of relationships that we experience. It reflects the type of relationship that we as Christians experience with Father God. He is the most intentional and the most engaged with his children, knowing them, teaching them, protecting them, and giving them grace even when they rebel.

Because God is our Father and the Creator of all people, he alone is truly sovereign over all things. He alone is omniscient, omnipresent, and omnipotent, and yet he understands and empathizes with all who have experienced the trauma of pain or loss. Our Heavenly Father offers rest to the hurting and fearful, and he offers safety and a place of refuge for those who feel that protecting our loved ones is beyond our control.

Previous Post
Mercy and Justice: Jesus Our Perfect Advocate
Next Post
How The Local Church Can Help Bridge the Gap Between African Americans and Public Health