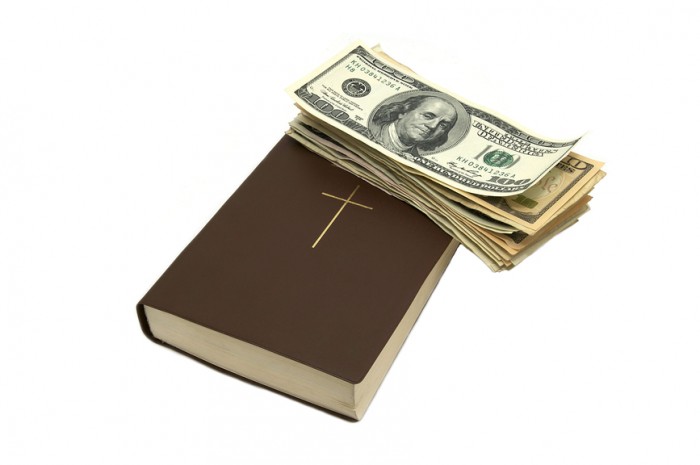 Your Prosperity is Too Weak: Why the Preachers of LA and Prosperity Theology Miss It

Recently, The Gospel Coalition published an article written by Joe Carter called, “Preachers of L.A. Brings the Prosperity Gospel to Reality TV”. I appreciate what Joe Carter had to say in this article, and know that it is going to take many more articles, sermons, and books like this to expose the prosperity gospel for what it is: false.

When I first saw the trailer for Preachers of L.A., I nearly turned it off a minute into the video thinking, “Who would ever take this seriously?!” The unfortunate reality is many people and pastors will.  After watching this trailer, I felt like the kid with the crazy uncle who says things that cause you to facepalm in shame, but there are many who will be allured and captured by the show.

[Tweet “The unfortunate reality is many people and pastors will take Preachers of LA seriously.”]

This has massive implications for the church, especially the African American church. The Preachers of L.A. and many other prosperity teachers like them draw a following that radically and financially supports and condones the lifestyle choices and teachings of these men. Some viewers will continue to justify their own lifestyle choices and beliefs about prosperity teachings simply because these men do. There are those who will desire to be rich and will pierce themselves with many pangs (1 Timothy 6:) simply because of what they hear these men preach. There will be those who bless themselves and sit comfortably in their extravagant and seemingly self-sufficient lives because of how they see these men live.

There will be those who will view this show and believe that the Christian life is about a life of transparency rather than a life of repentance. There will be those who watch, not to see godly examples of pastors (1Timothy 3:1-7) but to see drama-filled lives and look for juiciness to gossip about. There are many more reasons why people will watch this show, but neither time nor space will permit me to write them all.

It Promises Too Little…

At the end of Joe Carter’s article, he quotes Al Mohler who states, “In the end, the biggest problem with prosperity theology is not that it promises too much, but that it promises far too little.” Mohler’s statement summarizes exactly what these pastors and followers of prosperity teaching will conclude, some hopefully sooner than others: our appetites for worldly pleasures, treasures, and “stuff” will never be satisfied even if God promises to give them to us to the fullest (which He doesn’t). The Ferrari gets a year older, the square footage of the house feels a little smaller, the gadgets begin to be less impressive, and the joy that comes with these things is always insufficient and temporary.

What these preachers and their followers miss out on is something far greater. They miss the promise that God has given “every spiritual blessing in the heavenly places” to those who are “in Christ.”

[Tweet “They miss the promise that God has given “every spiritual blessing in the heavenly places” to those who are “in Christ.””]

11 In him we have obtained an inheritance, having been predestined according to the purpose of him who works all things according to the counsel of his will, 12 so that we who were the first to hope in Christ might be to the praise of his glory. 13 In him you also, when you heard the word of truth, the gospel of your salvation, and believed in him, were sealed with the promised Holy Spirit, 14 who is the guarantee of our inheritance until we acquire possession of it, to the praise of his glory. – Ephesians 1:11-14

Sixty to seventy years of the finest clothes, the largest bank accounts, and the nicest cars is a candle in the sun compared to an eternity of spiritual blessings that have come to us in Christ. In Christ, all who believe have been redeemed through His blood, forgiven of all of our trespasses and sins, and we have become the undeserving recipients of His grace which He lavished upon us! In addition to this, we have obtained an inheritance, which 1 Peter 1:4 says is imperishable, undefiled, unfading, and is kept in heaven for us. This is far greater than anything the prosperity gospel could promise us. This is true prosperity! The Preachers of L.A. and the prosperity gospel re-define and limit the “blessings” that God actually gives His people.

[Tweet “The Preachers of L.A. and the prosperity gospel re-define and limit God’s “blessings”.”]

Much like Mohler said, the desires of these men and of many others like them are too small. Their hearts provide them false contentment and false hope in things which are always fading. This is not amusement. And that is why, in one sense, this show will be no different from any other reality show that focuses on the lives of broken and sinful people who seek hope and satisfaction in earthly treasures. But this show will be different in another sense: it will show that the prosperity message misses the fact that we are no longer in pursuit of something perishable, but have become recipients of something imperishable. The heart which has been changed by the Spirit of God through the Good News of Jesus has greater desires, greater contentment, and greater hope than this message can give us.

[Tweet “The desires of prosperity seekers and preachers are too small.”]

3 thoughts on “Your Prosperity is Too Weak: Why the Preachers of LA and Prosperity Theology Miss It”