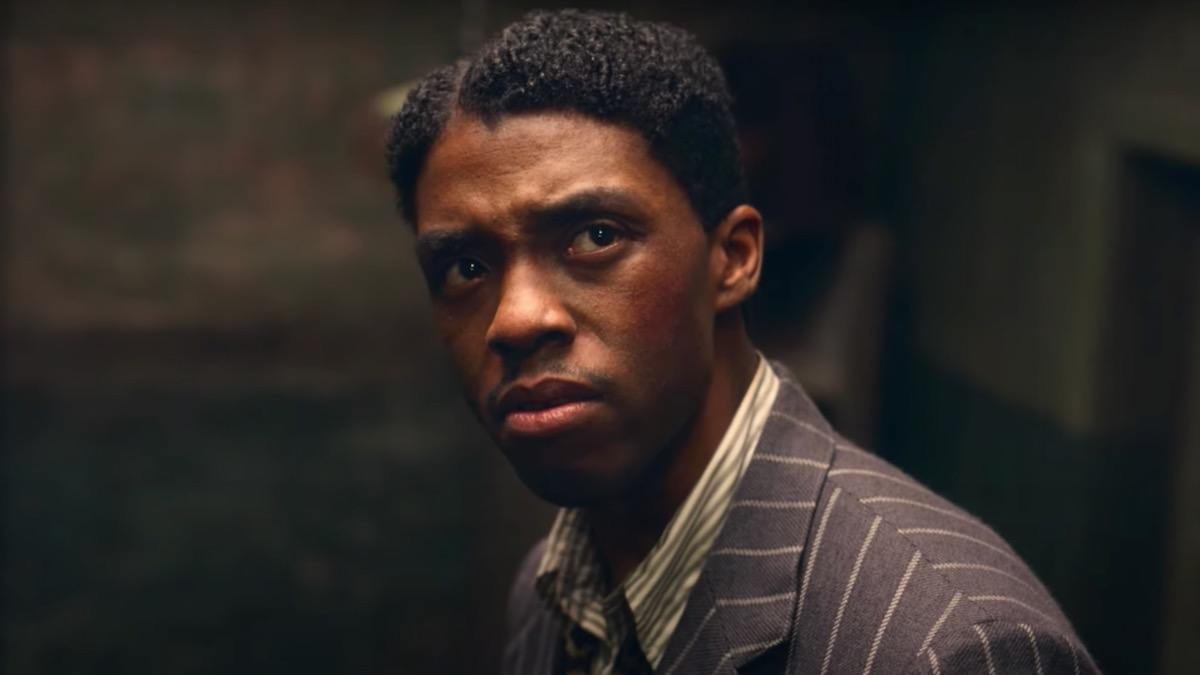 We started the Cultural Artifacts episodes in 2015 because we wanted to encompass the awesome things — books, albums, podcasts, sermons, people, events, movies, TV shows, and so on — that we’ve consumed in a given year. (Here’s the kicker: it doesn’t have to come out in the given year. It just has to be consumed in the given year. So if you read a book from 1965 and you enjoyed it, you can put it on the list. It’s all about what got you through a particular year.) This list is presented in no particular order, with a short snippet from a longer conversation that you can listen to in the full episode, here. What’s on your 2020 list? If you missed part 1, check it out here!

TV is typically a huge part of my list, but it was not a big part of my list this year, and it feels weird to say. But I just have one. And it’s a Japanese anime. Attack on Titan.

If you can keep up, I guarantee you’re gonna be hooked. Let me tell y’all something: the animation is outstanding. The tension and the fear: it’s palpable. The characters are undeniable. And the spirit is inspiring. And here’s why I put it on the list: #1, ‘cause it got me hooked. I didn’t expect to be, and it got me hooked, bad. Bad. But #2, y’all, it is the underdog comparison to us fighting racism in America. They are put in scenarios that are absolutely devastating. And they don’t give up! The theme is: it ain’t over til we say it’s over. Get familiar, y’all.

The creator said it’s Harry Potter meets Juice. It is moving. The panels leap out of the page. It feels Black. It feels authentic. But it also feels like the microcosm of tension and pain that exists between Black fathers and their sons. And as a son who works closely with his father, and has received something that was passed down from his father, it is difficult to get through sometimes because of the tension I myself feel. There’s so many layers to this, and, I’ve been — throughout all of 2020 — like, pulling my hair apart trying to figure out where some of this stuff is going, but also seeing the layers and the richness of the story and the ways in which I feel like they are intentionally asking some questions about our community. Excellence is a must read comic.

It’s written with extreme compassion, grace, and truth. She talks about how when we run from vulnerability as men, violence is the only other resort. It may not be physical, but some sort of violence will rise up in us, because we have not embraced the weak parts of ourselves. We have not embraced tenderness. We have not embraced gentleness. And that’s why we harm other people, particularly black women. You’re not gonna unlearn misogynoir and patriarchy overnight by reading one book. But if you don’t start somewhere, you’re gonna keep harming people. Brothers, read this book.

The first time we did cultural artifacts in 2015, I mentioned D’Angelo’s “Black Messiah”, a perfect album. I talked about how this album was the first album in a long time to take me to a place. Since then, there have been great, great, great albums, but there just hadn’t been an album that took me there. But in 2020, a few weeks after George Floyd, in June, we got an album that took me there.

It came right at the perfect intersection of my pain, my rage, and my anger. If there’s a way I can describe it, it is frenetic ferocity. “Black Is” was how frustrated we all felt — and they put all that anguish and frustration into the music. And they showed up right on time with all kinds of stuff. It’s incredible. It’s my album of the year. It’s healing to have someone come into contact with your feelings. And that’s what they do.

Chadwick Boseman… his last performance was his greatest. Chadwick deserves the best actor Oscar posthumously at the Academy Awards, without any doubt. Some of his monologues left me shaking. Shaking. I could not believe he was staring down the barrel of his own death while he was recording that. Take anything you’ve seen from Chadwick, as great as it may have been — it doesn’t even come close to this.

I’ve never seen an acting performance like this. Never. And he’s not around for us to celebrate him. And that broke me. Chadwick did this for us. I firmly believe he never expected to make it to Black Panther 2. This is it. This is the perfect end and cap — the tragic end — to a transcendent career. And I know I haven’t even done it justice with my words. You think I probably said too much and have given it too much praise? I haven’t even come close to it.

I hesitate to say this because it sounds so self-serving, but when I think about 2020, I cannot think about it without thinking about the fact that my first book hit the New York Times’ bestseller list.

The book already did well, thanks to the support of many of the folks who tune in to what we do at The Witness, but it came out in January of 2019, so it was well beyond whenever you would expect it to hit any sort of bestseller list. And then, really in concert with the racial justice uprisings of 2020, there was this clamoring on the part of the public to… learn more about race, you know, all of a sudden. And, so, in this flurry, the New York Times list had more black authors on it at one time than ever before. (Shoutout to my sisters Austin Channing Brown and Latasha Morrison — their books hit the New York Times bestseller list as well.)

For any sort of creative, you know that even if you’re proud of your work, you’re always wondering how successful it is and how effective it is. And we can always talk ourselves out of how effective our work is, or how important it is. This one is really hard to talk myself out of. It’s something I feel good about and I’m grateful for, and it’s something I can always, always, always look back on.

BTW: If you have not read it or you’re thinking about doing a study, we do have a study guide written by none other than Tyler Burns!

What a year to try to shepherd people in 2020. I do most of the preaching and teaching at my church, and, man, what a year to begin that. And so I understand in a different way this year the burdens, the loneliness, the pressure, the temptation toward depression and all kinds of, substance abuse, numbing, isolation, you name it, that goes along with the pressure of being a pastor or a church leader. Anybody who’s got responsibility over a congregation, shoutout to y’all. You have done an amazing job. Nobody has done it perfectly. But to persevere, to show up, and to be faithful, that is a testimony to God’s strength in you and God’s using you for God’s purposes.

There have been a plethora of books that have dropped in the past year or two. To name a few, there’s

I name critical white evangelical scholars because these are people from within the evangelical tradition looking at that tradition and saying, hey, there’s something grievously wrong here, and we’re gonna use our scholarship to name that. It’s been really remarkable to see.

I always gotta name the obvious ones, but I think they need to be named. The past four years have been so exhausting. Then we get this 2020 presidential election. We have this wildly contentious and competitive Democratic primary. It also was this tension because when we finally got the presidential nominee, Joe Biden, we knew this man is not some great “white knight” — but, as Black voters, we’re in a situation we always are: you take the overt racist who is actively courting racists and white supremacists for their support, or you take the one who at least on the surface is giving a nod towards multiracial democracy. Those are our choices.

So we got to the election, and we knew we weren’t going to have the exact winner the day after because of all the mail-ins. But when we finally did, the President and his cronies began their attacks to undermine the integrity of the election, to say that there was widespread election and voter fraud — they had 50 court cases that were struck down ultimately.

I think the last cruel act of this president is that we didn’t get the catharsis of winning the election and knowing he’s not gonna be in office. While this is true, factually, and there will be a transfer of power, we never got that definitive moment to say, a different party won the election, we’re going to see this regime out of office, and we can breathe again. We can celebrate. We tried to — don’t get me wrong — but it was always tinged with the fact that we knew we had another battle, which was to persuade people who didn’t want to be persuaded that the results were legitimate! What a cruel act that we go through all of this, win fair and square, and then don’t even have the chance to celebrate it.

Editors’ note: This episode was recorded before the events of January 6, but is just as relevant in light of it.

The importance of Black-led institutions cannot be underestimated! We’ve got around ten team members now, and, mind you, it started with me and a laptop and a Facebook page in fall of 2011.

What I love is that we are doing this for the culture. We’re doing this for Black uplift from a Christian perspective. We are centering Black people. And what I honestly love about The Witness, Inc. — of course this is one organization with two divisions, the Black Christian Collective, which Tyler Burns is now the president of, and The Witness Foundation, our new division, headed up by Shannon Polk, the executive director — is that I believe we are coming into our own. It’s sort of the culmination of years of struggle and years of decolonizing our faith (and the struggle continues). I think we are poised to really be a voice on the national scene. And I think with just two or three big opportunities, we can position ourselves to be that.

This feels like a very different season in the life of the organization, and I’m thrilled and excited to see what comes next.

Contribute to our “Will You Be a Witness” Campaign at thewitnessinc.com. Also, check out Tyler’s conversation with Shannon Polk on Pass the Mic here!