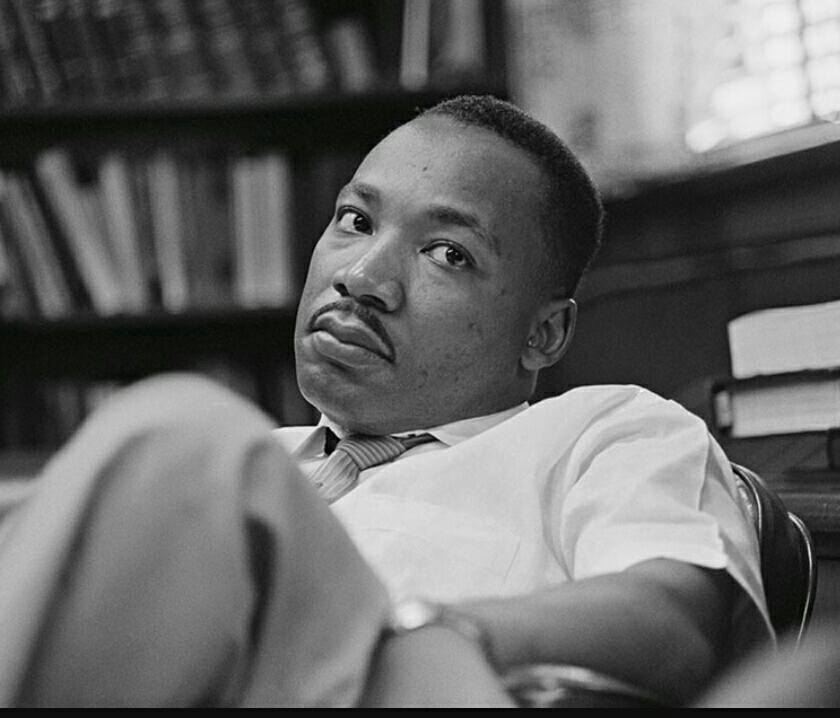 For over thirty years, U.S. citizens have celebrated the third Monday of January as the Martin Luther King, Jr. national holiday. A day set aside for this remarkable civil rights leader should be universally welcome, but I admit that I approach the day with mixed feelings.

Which Dr. King do we honor on his national holiday—the “quotable King” or the “controversial King”? The quotable King is the one whose life we know mainly through sound bites from his prophetically eloquent speeches. For instance, our culture loves the King who said:

I have a dream that my four little children will one day live in a nation where they will not be judged by the color of their skin but by the content of their character.

We revere the King who said:

We nod our heads at the King who said:

“Love is the only force capable of transforming an enemy into a friend.”

While King’s singular oratory has bequeathed a trove of quotable comments, to remember him only for his public moments of moral power is to pacify the “controversial King.” To recall only his mountaintop moments of victory—securing rights for bus riders in Montgomery, helping push through the Civil Rights Act, inspiring a generation to non-violent action—is to nurture a simplistic memory of a complex man. To remember only the “quotable King” is to misappropriate his legacy.

One of my gravest concerns with how we misappropriate Dr. King revolves around the response of theological and political conservatives. Conservatives have tended to show King very little honor. For example, in Edward Gilbreath’s book, Reconciliation Blues: A Black Evangelical’s Inside View of White Christianity, the author recounts the experience of Dolphus Weary, a black man from rural Mississippi who was then a student at a nearly all-white conservative Christian college. When news that King had been shot reached the students, Weary heard his white classmates laughing, “These Christian kids were glad that Dr. King—my hero—had been shot.” When officials announced Dr. King’s death, he heard the white students cheering.

One of Dr. King’s most famous works, “Letter from a Birmingham Jail” was a response to the tepid support moderate clergy members lent to the civil rights movement. Eight local religious leaders penned a letter in the Birmingham News that said:

“Just as we formerly pointed out that “hatred and violence have no sanction in our religious and political traditions,” we also point out that such actions as incite to hatred and violence, however technically peaceful those actions may be, have not contributed to the resolution of our local problems. We do not believe that these days of new hope are days when extreme measures are justified in Birmingham.”

They went on to say:

“We further strongly urge our own Negro community to withdraw support from these demonstrations, and to unite locally in working peacefully for a better Birmingham. When rights are consistently denied, a cause should be pressed in the courts and in negotiations among local leaders, and not in the streets. We appeal to both our white and Negro citizenry to observe the principles of law and order and common sense.”

Conservatives accused King of being an “outsider” meddling in local affairs. They repudiated the demonstrations he led. They decried the conflict his methods produced, even though they did relatively little about the conflicts already occurring in the form of bombings, unjust imprisonment, and the violation of basic voting rights.

The following represents just a few of the stances many present-day theological and political conservatives might find troubling.

Views on Law Enforcement
“To any Negro who displayed a spark of manhood, a southern law-enforcement officer could say: ‘Nigger, watch your step, or I’ll put you in jail.’ The Negro knew what going to jail meant. It meant not only confinement and isolation from his loved ones. It mean that at the jailhouse he could probably expect a severe beating. And it meant that his day in court, if he had it, would be a mockery of justice.” from Why We Can’t Wait

On Economics and Redistribution

“Many white Americans of good will have never connected bigotry with economic exploitation. They have deplored prejudice but tolerated or ignored economic injustice.” from The Words of Martin Luther King, Jr.

“Now, you cannot solve the problem by turning to communism, for communism is based on an ethical relativism and a metaphysical materialism that no Christian can accept. But you can
work within the framework of democracy to bringing about a better distribution of wealth.” from “Paul’s Letter to American Christians”

On Systemic and Institutional Injustice
“We must be concerned not merely about who murdered [the four little girls who died in a church bombing], but about the system, the way of life, the philosophy which produced the murderers.” from “Eulogy for the Martyred Children”

“So often the contemporary church is a weak, ineffectual voice with an uncertain sound. So often it is an archdefender of the status quo.” from “Letter from a Birmingham Jail”

The misappropriation of Martin Luther King, Jr. isn’t just about how we remember the past, it’s about how we respond to the activists of our day. In my meager ministry of racial reconciliation in the church, I have encountered many of the same objections conservatives had to the Civil Rights movement of 50 years ago. While the idea of racial integration and equality are much more broadly accepted today than in King’s day, it is hypocritical for anyone to assert that they would have been on the side of King during the Civil Rights movement but then decry current racial justice movements.

Conservatives who now prop King up as positive example of Christian activism often fail to recognize that that they may have opposed him in his day. This is true not only for white people but for black people as well. People of color did not universally support Dr. King or the Civil Rights movement and objected to it for many of the same reasons white people did.

If we admire Martin Luther King, Jr., then we should be prepared to reckon with a more robust memory of his life and methods. Conservatives who share his dream of racial equality should remember that he worked with Christians who didn’t share all of their specific doctrinal beliefs. They should recall that his methods broke certain laws and that he was arrested dozens of times. They should bear in mind that he called for the redistribution of wealth so all people had basic necessities. They should not forget that King preached on so-called social issues in the church.

Instead, theological and political conservatives should realize that racial justice will require them to take stances that are controversial in their own circles. If they engage in this struggle and hope to have a fraction of the impact of King and his allies, then they should be prepared to be called names like “liberal” and “Marxist.” They should embrace the risk of losing pulpits, ministries, and funding. They should expect to be accused of preaching a “social gospel” when race and poverty are the subjects.

One way to prepare for the inevitable persecution that comes with justice movements is to accurately remember leaders of those movements. To eviscerate King’s ministry of its more controversial elements is to misappropriate his legacy and hamstring the stride toward freedom.

13 thoughts on “The Misappropriation of Martin Luther King, Jr.”